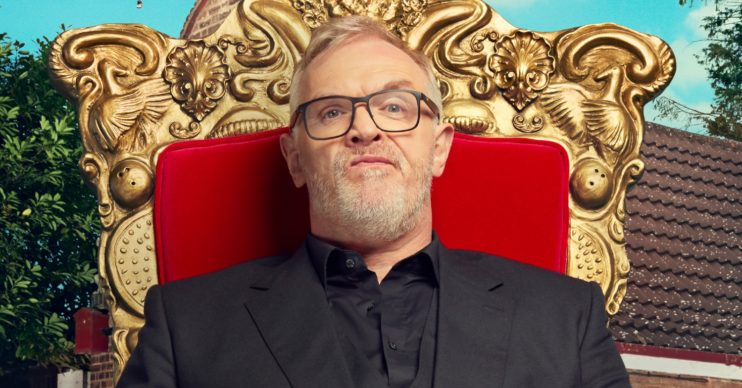 How tall is Greg Davies and does the Taskmaster star have a partner?

Taskmaster returns to Channel 4 on Thursday for its 11th series – but how tall is Greg Davies? And did he really used to be a teacher?

The comedian and actor, famous for his role in The Inbetweeners, fronts the BAFTA-winning show alongside Alex Horne.

What is Greg Davies famous for?

Greg Davies is a Welsh stand-up comedian and actor.

Viewers probably know him best for his roles as Greg in We Are Klang, Mr Gilbert in The Inbetweeners, Ken Thompson in Cuckoo and Dan Davies in Man Down.

Greg has also portrayed King Hydroflax in a 2015 episode of Doctor Who.

He has fronted Taskmaster since the show started in 2015.

Greg is well known for his guest appearances on Mock the Week, Would I Lie to You? and 8 Out of 10 Cats, too.

In July 2020, he won a BAFTA for the ninth series of Taskmaster.

Is Man Down based on his real life?

Greg created and wrote the sitcom Man Down, which ran for four seasons from 2013 to 2017 on Channel 4.

In it, Greg starred as a deadbeat drama teacher who gets a wake-up call when his girlfriend leaves him.

Greg has said he used many of his own real-life experiences in writing the sitcom.

He said the inspiration for many of the jokes had come from his old job as a teacher and members of his family.

How tall is Greg Davies? What is his net worth?

Greg Davies is said to have a net worth of £3.5million.

The Inbetweeners movie, in which he reprised his role as Mr Gilbert, grossed £64.8million at the box office, compared to the  production budget of £3.5 million.

How tall is Greg Davies?

The comedian also has size 13 feet.

Greg describes being tall as “tedious” because of the “prepared jokes” he hears all the time.

He said on Mock the Week: “Let me give you an example: I’m often asked ‘how’s the weather up there?'”

He revealed he has genuinely been “offered a job changing light bulbs”.

How tall is Greg Davies? How old is he?

He is currently 52 years old.

Did he used to be a teacher?

Greg used to be a teacher, and used his old job as inspiration for Man Down.

After filming, he said: “It was strange being back in the classroom.

“The reason it was strange is because the classroom that we filmed in was my real classroom when I was a teacher.

Greg was educated at Thomas Adams School in Wem, and Brunel University in Uxbridge, London.

After studying English and Drama, he became a teacher.

But a career in comedy was calling him…

Is Greg Davies married or single?

But we do know he was in a relationship with Labour Party MP Liz Kendall for eight years.

The relationship ended in 2015.

Taskmaster returns with its 11th run on Channel 4.

The series sees five comedians set tasks which challenge their creativity and wit.

The tasks are supervised by Alex Horne but the Taskmaster, Greg Davies, always has the final word.

Richard Herring was crowned the winner on the last series in December.

Greg Davies sets tasks involving the perils of airport security, fashion for insects and the creative application of cling film and gaffer tape.

Are you a fan of Greg Davies and Taskmaster? Leave us a comment on our Facebook page @EntertainmentDailyFix.