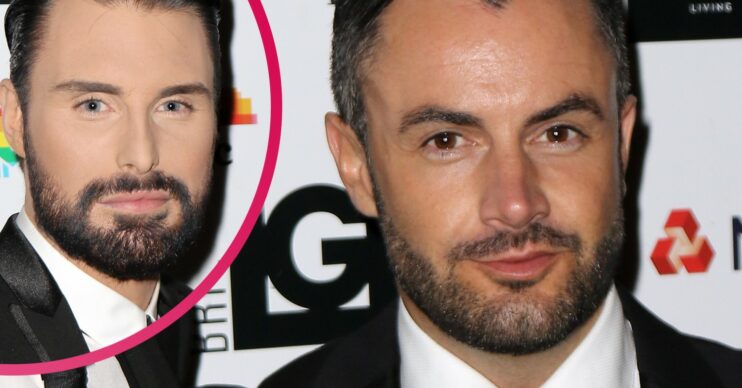 The pair are reportedly separating after six years of marriage

The pair made the difficult decision to end their marriage, according to The Sun.

He has also stepped away from hosting Eurovision in the wake of the decision.

Here’s everything you need to know about the sad news and Rylan’s husband Dan Neal.

Who is Rylan Clark-Neal’s husband?

Dan Neal is an ex-Metropolitan Police detective who took part in Big Brother in 2013.

As a former police officer, he served with the Met Police for 10 years and worked on Operation Yewtree.

Yewtree investigated sexual abuse allegations, predominantly against children, by Jimmy Savile among others.

In 2013, Dan took part in Channel 5’s Big Brother but was evicted on week six of the series.

He was sent to the “safe house” and was subsequently sent home after he was put up for eviction.

After Dan got together with Rylan, the pair made history when they were the first gay couple to present This Morning.

In July 2016, the pair stepped in for Eamonn Holmes and Ruth Langsford.

Dan also made an appearance on Loose Women in 2017.

The former copper has also appearance on C4’s investigative current affairs programme Dispatches as a reporter.

How did Rylan Clark-Neal meet his husband Dan Neal?

Rylan interviewed Dan on Big Brother spin-off Big Brother’s Bit on the Side after Dan was evicted.

Sparks flew and the couple got engaged the following year whilst on a trip to Paris.

In September 2014, Rylan shared the happy news on Twitter.

Dan popped the question during a romantic trip to Paris, and Rylan later revealed in his book The Life of Rylan how surprised he’d been at the time.

They have been married since November 2015.

The duo tied the knot in a small, private ceremony surrounded by close friends and family.

Rylan has been married to reality TV star Dan Neal ever since.

Who is Dan’s son and Rylan’s step-son?

Dan has a son from a previous relationship.

His son Cameron is 20 years old.

Rylan has always spoken very fondly of his step-son, and recently gushed about Cameron being accepted into LAMDA drama school.

He previously said: “I look at Cameron like he’s my own.

The Supermarket Sweep host has previously explained that the couple were keen to extend the family.

He said: “We definitely want kids of our own, but we haven’t gone that far into how we would do it.”

When and why did Rylan and Dan split?

The split was announced in June 2021.

The Sun reports: “Rylan’s one of the most beloved people on TV so fans will be sad to hear what has happened.

“He often spoke of their relationship on air and they even co-hosted an episode of This Morning but unfortunately things haven’t worked out.

“They don’t want to discuss it in public and a bit of time off is probably for the best for now.

“It’s one of those things. All those close to them wish them all the best.”

Dan is said to have moved out of their home to a rented flat in Essex.

Rylan appears to have removed all pictures of Dan from his Instagram account – although there remain photos of Dan’s son Cameron Neal.

Are you sad to hear that Rylan Clark-Neal and husband Dan Neal have split up? Leave us a comment on our Facebook page @EntertainmentDailyFix.