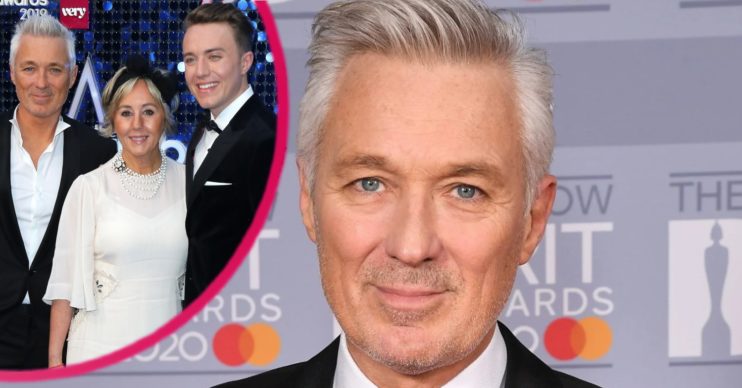 How old is Martin Kemp, how long has he been married and how old are his children?

The singer and actor has been around for years!

ITV’s Tonight will see Martin Kemp look at the steps we can all take on how to age well.

At the age of 59, the Spandau Ballet star is looking and feeling better than ever after concentrating on his health.

But who is Martin married to and does he have children? Here’s everything you need to know.

Tonight: How To Age Well – Who is Martin Kemp?

From the age of seven, he attended the Anna Scher Theatre drama club and later began working in a print factory.

Eventually, he left his job to focus on the band full-time alongside his brother Gary, Tony Hadley, Steve Norman and John Keeble.

The band quickly became a success and sold over 25 million albums worldwide.

However, cracks began to appear within the group.

“There were many, many arguments, particularly towards Tony, feeling that he wasn’t looking right or pulling his weight on that side of things.”

Why did Martin leave Spandau Ballet? When did he join EastEnders?

After ten years, the band decided to take a well-needed break.

However, they later split in the early 90s due to a dispute over royalties.

Gary and Martin went on to star as Ronald and Reggie Kray in the highly acclaimed film, The Krays.

He then moved to Los Angeles to appear in The Outer Limits and Highlander: The Series.

During his time on the soap, the actor played legendary hardman Steve Owen.

Steve went on to marry Mel Owen, with the pair welcoming son Hunter.

He was also known for feuding with the Mitchell brothers and for having a drug addiction.

Is Martin married? Who are his children?

Martin has been married to Shirlie Holliman since 1988.

Shirlie also has a background in music, having previously appeared alongside George Michael in Wham! as a backing singer.

Furthermore, she is one half of the 1980s pop duo, Pepsi & Shirlie.

The happy couple, who met through singer George, have since released a duet album together.

We have one of the best father-son relationships I know

Roman has since went on to present Capital FM, as well as featuring in the I’m A Celebrity jungle.

Speaking about his dad, the radio host told HELLO!: “We have one of the best father-son relationships I know.

“I’m very fortunate to live in a family where we get on.”