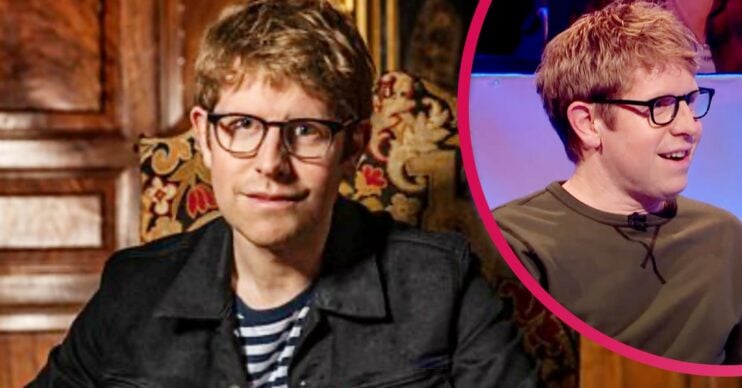 The comedian gets a Royal surprise on tonight's show

Josh Widdicombe appears on Who Do You Think You Are? but what about the basics on him – how old is he and is her married?

The new series of WDYTYA? starts tonight on BBC1 and episode one delves into the history of Josh’s family.

And there are  more than a few surprises in store for Josh in series 17 of the show.

But who is Josh Widdicombe? Read on for all you need to know.

Who is Josh Widdicombe?

Born in London and raised in Devon, Josh Widdicombe studied sociology and linguistics at the University of Manchester.

In 2008 Josh reached the semi-finals in comedy competition the Laughing Horse New Act of the Year.

The following year he won the Leicester Mercury New Comedian of the Year Award.

Today he is a comedian and presenter  best known for appearing alongside Adam Hills and Alex Brooker on The Last Leg.

Josh’s other credits include Fighting Talk, Insert Name Here, and has been a regular on Mock the Week since 2014.

Josh, 38, is also known for his own BBC Three sitcom Josh and is a stand up comedian.

What was Josh’s job before he became famous?

Josh’s first job was writing puzzles and poems for the Dora The Explorer magazine.

He worked his way up in the world of journalism and later worked as a sport reporter for The Guardian.

Rose has worked on shows Like 8 Out Of 10 Cats and Would I Lie to You? as well as Live at the Apollo.

And she has a very unusual claim to fame.

Who Do You Think You Are? Meet the new participants of series 18 – including Alex Scott, Dame Judi Dench and Ed Balls

Josh opened up about a miscarriage they suffered on Parenting Hell, a podcast he shares with Rob Beckett.

He said: “The reason I haven’t spoken about it is because when Rose was pregnant which came after the miscarriage, you feel like – I know this sounds mad – but you don’t want to tempt fate.”

So who are Josh Widdicombe’s ancestors?

This really deserves a drumroll.

On WDYTYA Josh is shocked to discover one of his family was a courtier close to King Charles I.

But the real surprise comes as Josh discovers he is in fact related to King Henry VIII himself.

Read more: Dermot O’Leary dealt family blow on Who Do You Think You Are?

In disbelief Josh says to the expert: “Be honest. As a historian are you really jealous?”

WDYTYA? is on BBC1 tonight at 9pm.

Are you shocked by Josh’s family history? Let us know on our Facebook page @EntertainmentDailyFix

BBC1 Josh Widdecombe Who Do You Think You Are?