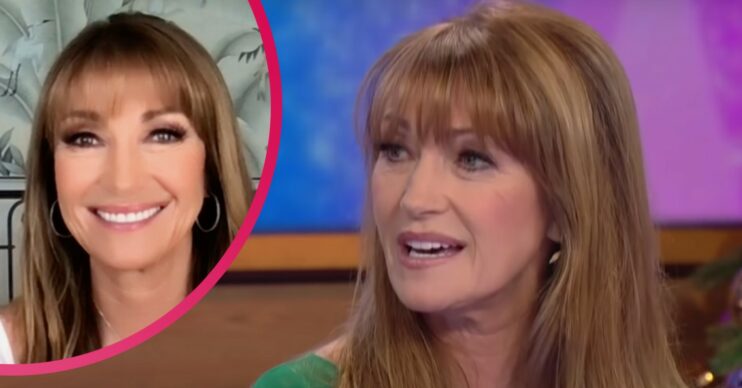 How old is Jane Seymour? The One Show viewers shocked to discover star’s true age

She was hailed as 'absolutely gorgeous'

How old is Jane Seymour was the question on a lot of lips last night (March 29) as the actress appeared on The One Show.

Viewers were wowed to see the beautiful star on their TV screens – and were pretty shocked to discover her age.

Fellow guest – and former presenter of The One Show – Matt Baker was also on hand for much of the programme.

But viewers were transfixed at Jane’s ageless beauty, with many taking to Twitter to express how amazed they were.

How old is Jane Seymour?

TV and film star Jane is currently 71, having recently celebrated her birthday in February.

She was just 22 when she played Solitaire in her breakthrough role in Jame Bond film Live and Let Die.

Jane has gone on to win two Golden Globes and an Emmy in a glittering career.

Some of her most famous credits include parts in The Onedin Line, War and Remembrance and Dr Quinn, Medicine Woman.

She’s also had roles in the likes of Dharma & Greg, Smallville and How I Met Your Mother during her long career.

But despite her showbiz longevity – and due to her appearance – it seems her age may have not clicked with some observers at home.

Many comments appeared on social media as Jane was discussing her Harry Wild role as a literature academic who turns detective to solve crimes.

She explained: “I’m 71. I never imagined I would be doing this.”

But as Jane continued, an astonished Gabby interrupted her.

“Sorry Jane, there was an audible gasp when you said you were 71,” Gabby said.

What did viewers say about Jane Seymour and her age?

Incredulous viewers were blown away by Jane’s true age.

Does Jane Seymour still look terrific or what?

Another, adding a shocked emoji to their post, tweeted: “Jane Seymour’s in her 70s #theoneshow.”

Read more: Jane Seymour insists she can play a 25-year-old as she loses part of film role to younger actress

“Does Jane Seymour still look terrific or what? #TheOneShow,” another person asked.

And a fourth gushed: “Jane Seymour looks amazing, no way does she look anywhere near her age #TheOneShow.”

The One Show airs on BBC One, weeknights, at 7pm.