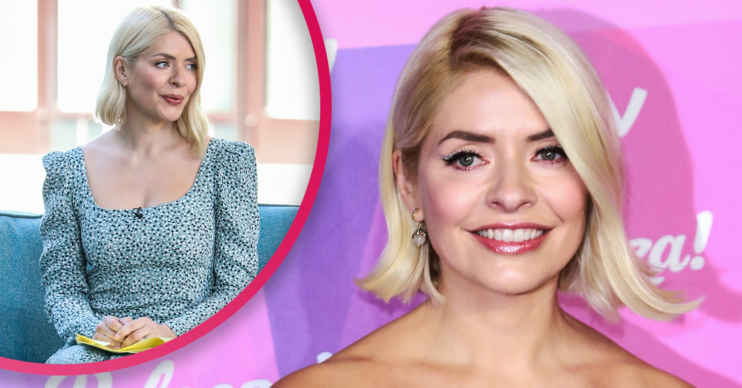 She's laughing all the way to the bank!

This Morning host Holly Willoughby joined the ITV daytime family back in 2009, taking her seat as full-time presenter alongside co-host Phillip Schofield.

Filling the place of departing Fern Britton, Phil said he was certain there was only one woman for the job.

And, if show bosses didn’t take Holly on, he has since admitted that he was ready to quit.

So what did Holly do before this morning, are she and Phil friends in real life, and what’s next for the popular member of the This Morning presenting team?

When did Holly Willoughby join This Morning?

This Morning presenter Holly Willoughby joined the show in September 2009, taking over from Fern Britton.

She’d already been working with Phillip Schofield on Dancing On Ice since 2006, with the pair quickly becoming the most popular duo daytime TV.

Holly hosts the show alongside Phil Monday to Thursday, taking Fridays off.

However, Holly’s appointment to the show almost didn’t happen over bosses’ fears she “wouldn’t be able to interview the Prime Minister”.

It was her pal Phil – who she is best pals with away from the cameras – who persuaded them otherwise.

He has said: “We had such fun on Dancing on Ice that when the position became vacant on This Morning I said: ‘Holly is the only person I want. If I can’t have her I am not playing.’”

How much is Holly Willoughby worth?

As a queen of mainstream TV it’s probably not that much of surprise to learn that Holly is thought to be worth around £10 million.

In 2019 it was reported that she earned £2 million after her company Roxy Media Ltd raked in the big bucks.

The downside for Holly is she paid out £407,850 in corporation tax.

She earns around £730,0000-a-year fronting ITV shows like This Morning and Dancing on Ice.

Holly also took home a reported £500,000 for standing in for Ant McPartlin on I’m A Celebrity, earning £23k a day for hosting alongside Declan Donnelly.

In December 2018 she became a brand ambassador for retail giant M&S.

She also has ad deals with Dunelm and Garnier, among others, and reportedly charges £25,000 for speaking engagements.

Add to that the launch of her own lifestyle brand Wylde Moon and Holly’s laughing all the way to the bank – especially now she manages herself!

How old is Holly Willoughby?

Holly is happily married to Dan Baldwin, who works as a TV producer. They’ve been married for almost 15 years, having tied the knot in 2007.

The pair live in a house in south-west London – a luxury £3 million home with a huge kitchen, lavish living room and plenty of space for their kids to play.

What are Holly Willoughby’s children’s name?

The This Morning presenter has three little ones with husband Dan.

The star recently revealed why she doesn’t show her kids’ faces on social media.

She said: “I choose not to show my children’s faces because I know that’s the deal.

“If you show one photograph then they’re out there.”

She added: “They’re for consumption for everybody. Which is why I choose not to do it.”

Across both platforms she has, collectively, an audience of almost 15 million followers.

Where does Holly Willoughby buy her dresses?

Big on fashion, Holly puts lots of thought into her outfits before taking to the couch on This Morning.

She knows her fans closely follow her dress sense, which is why she lets her Instagram followers know where her clothes come from.

Read more: Holly Willoughby looks stunning as she returns to This Morning in gorgeous green dress

Holly uploads a daily #HWstyle snap to social media before every This Morning show she fronts, and before every new episode of Dancing On Ice.

The presenter wears a mix of high street and designer clobber, sometimes coming under fire for the high cost of some of her outfits.

However, one thing’s for sure, she never looks anything less than beautiful – especially on Dancing On Ice where she can be a little more risqué when it comes to her outfits.

What does Holly Willoughby eat?

She’s got an enviable figure but Holly’s always remained tight-tipped about her weight.

Back in 2019, she revealed she very deliberately never talks about it, as she thinks doing so isn’t “helpful” for other women who feel pressured to slim down.

However, Holly reportedly maintains her figure by sticking to a healthy balanced diet.

But if it’s specifics you’re after, the TV icon apparently is a huge fan of hummus and carrots.

When it comes to meat, her go-to favourite is reportedly chicken.

It’s also believed that Holly satisfies her sweet tooth by snacking on fruit like mango.

Holly is apparently a huge fan of pilates.

Who is Holly Willoughby and how did she rise to fame?

Holly has proven over the years that she’s comfortable presenting just about anything. Her first big break came in 2000, when she landed a presenting gig on BBC children’s game show Xchange.

She was picked to host skating competition Dancing On Ice with Phillip Schofield in 2006, taking a break in 2011 to be replaced by friend Christine Lampard.

When the show returned in 2018 after a five-year-hiatus, Holly rejoined Phil.

It was her chemistry alongside Schofe that helped Holly into her role on This Morning in 2009, when she replaced Fern Britton.

She’s also been a team captain on Celebrity Juice, served as a replacement for Ant McPartlin on the last series of I’m A Celebrity and has an upcoming role in Midsomer Murders.

“It wasn’t take one, put it that way,” she said when asked how it all went.

“It was about take 25 when I finally got the words out, but it’s fine…”

“They must love you then,” Phil laughed. “Do you think they’ll ask you back?”

Does Holly have any other strings to her bow?

Holly has written a series of children’s books with her sister Kelly.

In September 2021 she founded her own wellness brand Wylde Moon.

Holly has also written her own book, Reflections.

She fronts Take Off With Bradley & Holly alongside Bradley Walsh, she took on a guest judging role on The Masked Dancer in 2020 and next up for the star is Wim Hof’s Superstar Survival.

The star managed to wangle a two-week break from This Morning to front the show alongside Lee Mack.

This Morning is on ITV weekdays at 10am. Dancing On Ice airs Sunday nights on ITV.

Are you a fan of Holly? Leave us a comment on our Facebook page @EntertainmentDailyFix and let us know.