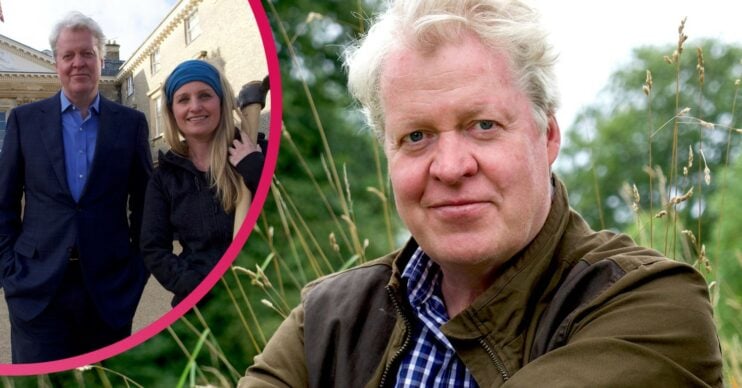 How much is Charles Spencer’s family worth? Can I visit Althorp and see Princess Diana’s grave?

Ancient Secrets of Althorp with Charles Spencer airs on Channel 4

Althorp is a beautiful stately home set in 500 acres of countryside, and viewers get a special tour from owner Charles Spencer in a new Channel 4 documentary.

Charles, 57, and his family have been living at Althorp for centuries.

In the one-off programme Ancient Secrets of Althorp with Charles Spencer, the brother of the late Princess Diana invites a group of young archaeologists to dig around his grounds.

Althorp is a Grade I listed stately home and estate in the civil parish of Althorp, in West Northamptonshire.

In total, the grounds of Althorp Estate contain 28 listed buildings and structures, including nine planting stones.

The prominent aristocratic Spencer family has owned the estate for more than 500 years.

Charles Spencer, 9th Earl Spencer, currently owns it and has done since 1992.

It was also the home of Lady Diana Spencer (later Princess of Wales) from her parents’ divorce until her marriage to Charles, Prince of Wales.

Can you visit Althorp?

Althorp is only open to the public during the months of July and August.

Visitors can explore the historic house by guided tour only.

All tickets to Althorp include entry to the grounds and the exhibition in the Stables.

A visit also includes a guided tour of the nineteen State Rooms of the House.

Why did Charles Spencer bury sister Princess Diana at Althorp?

Her brother Charles chose for her to be buried at the Spencer family’s Althorp estate following her death in 1997.

Diana’s final resting place is on a small island in the middle of the ornamental Round Oval lake on September 6.

The path to the lake is lined with 36 oak trees.

Each tree represents a year of Diana’s life.

Members of the Royal Family are traditionally buried in lead-lined coffins because it helps preserve the body for longer.

Princess Diana’s coffin weighed a quarter of a tonne, due to the amount of lead lining.

The lead makes the coffin airtight, stopping any moisture from getting in.

Can I visit Princess Di’s grave?

Although visitors can visit Althorp, they can NOT visit Princess Diana’s grave.

However, they are able to pay their respects at her memorial.

A Doric-style temple with Diana’s name inscribed on top is a tourist attraction during July and August.

It sits just across from the lake.

Sadly, Charles Spencer has previously revealed that there has been at least four attempts to break-in to Diana’s grave in the last 20 years.

Charles Spencer Althorp – how did the Spencers get their money?

The Spencers grew their fortune on the proceeds of sheep farming.

They were successful sheep farmers in the Tudor era and were very “nouveau riche”, according to Charles Spencer.

Sir John Spencer, who grazed sheep in the village, eventually bought up the land in 1508.

He built Althorp House using funds from his sheep-farming business.

How much is the Spencer family worth?

The net worth of some of the Spencer family’s most prominent members is unknown.

However, Charles Spencer’s net worth is estimated at around $114 million.

Charles’ seven children will inherit the fortune in the future.

Charles Spencer arranges a dig to search for evidence of an Anglo Saxon village in the grounds of his ancestral home.

The Domesday Book supports evidence that a medieval village is located nearby.

However, the enthusiastic young archaeologists soon find something far older…

They discover a Neolithic encampment which experts believe is more than 5000 years old.

Ancient Secrets of Althorp with Charles Spencer airs on Monday November 15 2021 at 9pm on Channel 4.