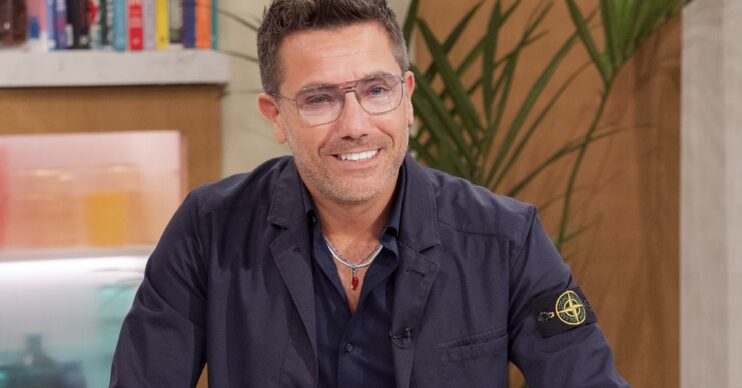 How many children does Gino D’Acampo have – did his son date Gordon Ramsay’s daughter?

Gino D’Acampo has become a household name thanks to his TV antics, but away from the screen he’s a family man with three beautiful children.

So as This Morning chef Gino appears in his Go Greek road trip tonight, we take a look at his family including his kids and what he’s said about them in the past.

How many children does Gino D’Acampo have?

The chef has three children – sons Luciano and Rocco and daughter Mia.

Luciano is 19-years-old while Rocco is 16. Meanwhile, Mia is eight.

Gino has his three children with his wife Jessica.

Gino and Jessica got married in 2002 and will mark their 20th anniversary next year.

What has Gino said about his kids?

Gino has previously opened up about his children and once joked they’re aren’t allowed to be fussy eaters.

He told Woman magazine in 2017: “My kids are not allowed to be fussy eaters. The problem with fussy children is their stupid parents.

“I run a family kitchen and in my house we don’t have options. I never had options, why should they?

“If you cook something your children don’t like, don’t offer anything else and put it out again for breakfast.”

Gino often shares photos and tributes to his children on Instagram and fans love seeing a glimpse at his family.

Last summer, the star shared a picture of himself and his eldest son Luciano.

The photo showed them soaking up the sunshine on a boat.

Gino wrote: “Sailing away with my boy @lucidacampo.”

And fans were quick to comment on how alike they were.

A third added: “Wow, your son looks so much like you.”

It was revealed during an episode of Gordon, Gino and Fred’s Road Trip as the trio travelled around Mexico.

During a FaceTime call, Luciano said: “Do you know who I’m with?”

He then moved the camera to show Tilly smiling as her dad Gordon looked shocked.

Gordon said: “What the hell? Tilly! What are you doing, Matilda?!

“You didn’t tell me you were going to dinner with Luciano.”

However, it seems Luciano and Tilly didn’t pursue a romance and they just remain friends.

When is Gino D’Acampo back on TV?