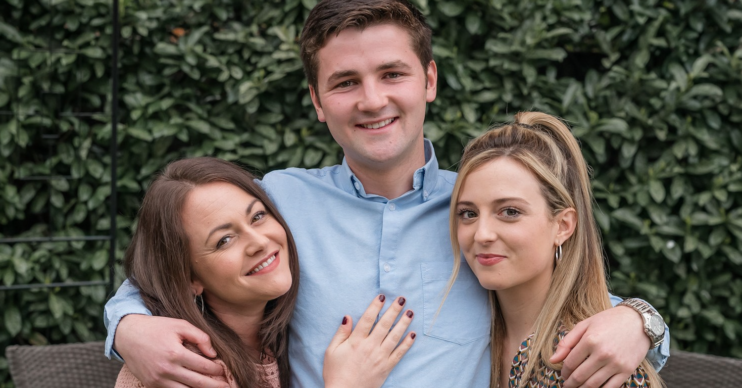 The BBC drama tells the upsetting story of serial killer Stephen Port and how the families of his victims had to fight to bring the ‘Grindr Killer’ to justice.

And now it’s been revealed that Donna – one of the sisters of Port’s victims – formed a close bond with 36-year-old star Jaime.

What happens in tonight’s episode of Four Lives on BBC One?

In last night’s episode, viewers were introduced to Sarah Sak (Sheridan Smith), who had to deal with the aftermath of her son Anthony’s murder.

Now, in episode two, we’re introduced to Donna, the sister of Jack Taylor.

And in the awful aftermath, viewers will see how Donna and sister Jenny mount their own investigation into who killed their brother.

During research for the show, Jaime met with the real-life Donna Taylor.

And Donna, 33, revealed that the two formed a close bond.

She told the Sunday People that she and Jenny went to Manchester to watch filming.

And she revealed that as soon as Jaime saw them, she stopped the scene and gave them a “cuddle and a kiss”.

“That first meeting was quite emotional.

“Once we got to telling them about what we’d been through all four of us were in tears. The only thing I told her I wanted was for it to be truthful.”

Donna also revealed that the show’s writers approached them three years ago, telling the family that they want to make a drama about the families of Port’s victims.

And although Donna and the Taylor family still endure heartache, she says that the drama helps to keep Jack’s memory alive.

Four Lives continues tonight and concludes tomorrow (Wednesday January 5) at 9pm on BBC One. All episodes are also available to watch on iPlayer