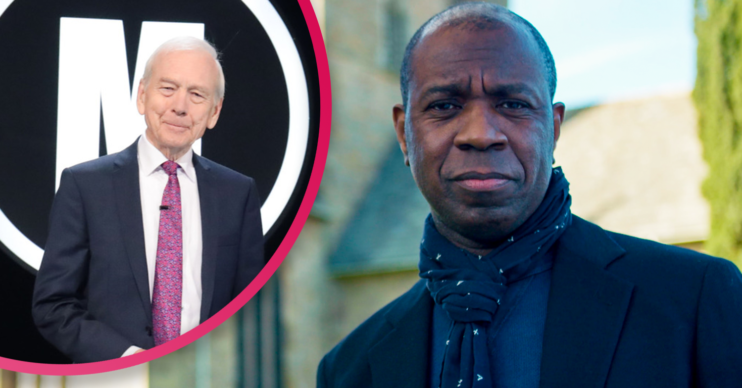 How do I apply for Mastermind and who’ll be hosting the new series?

The BBC's on the hunt for a new batch of brainiacs

Mastermind will return later this year with a new series and the BBC has confirmed it’s looking for contestants.

So do you have what it takes to become the next champion and holder of the coveted cut-glass engraved bowl?

And, if so, just how do you apply?

Well… ED! has all you need to know.

How does Mastermind work?

Mastermind is a quiz show featuring four contestants who all take their turn in the legendary black leather quiz chair as questions are fired at them from the host.

The long-running show – which celebrates is 50th anniversary next year – features two rounds.

Firstly, contestants are given two minutes to answer questions on a specialised subject of their choice.

The second round consists of general knowledge and the contestant with the most correct answers after the first two rounds is crowned the winner.

It doesn’t end there, though.

Winners advance through to the grand final, where they’re asked to pick a different specialist subject.

If you win this, you’re officially crowned Mastermind champion and will receive the cut-glass engraved bowl.

Mastermind was the brainchild of TV producer Bill Wright, a former RAF gunner.

He drew on his wartime experience as a Prisoner of War in Germany of answering three questions – name, rank and number – to create the Mastermind ritual of contestants being asked their name, occupation and specialist subject.

So how can I get on the new series of Mastermind?

The BBC is currently looking for brainy Brits to apply for the new series, so do you think you have what it takes?

Applicants must be 18 or over and be a British citizen or have the right to live in the UK.

A further rule contestants must adhere to stipulates: “You or any member of your immediate family must not currently, nor in the past year, have been employed or contracted by, or be or have been, an officer, director or agent of, Hat Trick or Hindsight Productions or the BBC.”

If you pass all the criteria and want to apply, entries close at midnight on May 24.

Casting for the new series will take place between April and June this year.

You can apply for the series here.

Who will host the new series of Mastermind?

Mastermind will have a new host when the new series returns to our screens later this year.

After 18 years at the helm, veteran presenter John Humphrys has stepped down.

His seat – and the “I’ve started so I’ll finish” catchphrase – will be taken over by new host Clive Myrie.

He’s a newsreader who you’ll have seen on the BBC News and the BBC 10 O’Clock News.

And he’s called the presenting gig a “dream come true”.

He’ll be the fifth host of the BBC’s popular quiz show.

Mastermind with Magnus Magnusson formed the backdrop to my youth, and now to be at the helm is a dream come true.

Clive said: “What a privilege it is to take on this new role.

“Mastermind with Magnus Magnusson formed the backdrop to my youth, and now to be at the helm is a dream come true.

“I’m so excited and can’t wait to get stuck in.”

So when does John Humphrys’ last episode air?

Reach for the Kleenex John Humphrys fans because it appears his last episode airs tonight (April 26).

The series finale kicks off on BBC Two tonight at 8pm.

Clive starts filming the new series in Belfast in July and the BBC confirmed the show will return to screens later this year.

So are you going to apply? Head to our Facebook page @EntertainmentDailyFix and tell us.