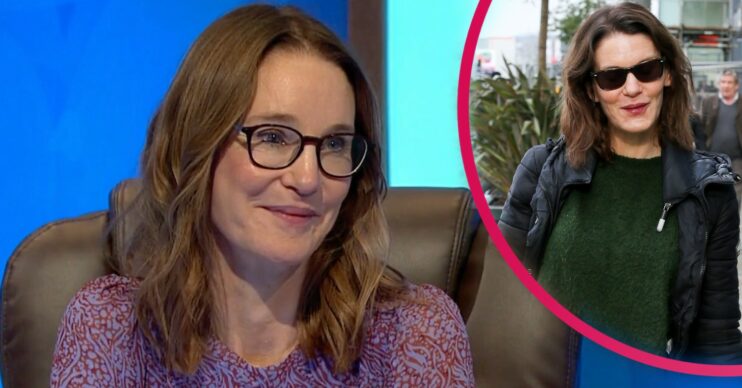 How did Susie Dent land the job on Countdown some 30 years ago?

All you need to know about the Channel 4 legend

Susie Dent is well known for her brain power on hit game show Countdown having been a fan favourite for almost 30 years.

But what else is there to know about the super smart Oxford graduate?

Susie has a wonderful career, but what about her family life?

Susie is married to primary school teacher Paul Atkins. It isn’t clear exactly how long the pair have been hitched but it is thought to be quite a while.

They have two children together – daughters Lucy, 19, and 11-year-old Thea. The couple live together in Oxford.

How old is Susie Dent?

She went on to attend the Marist Convent School in Ascot before heading to elitist Eton college for a term in order to study for Oxbridge exams.

Susie graduated from Somerville College in Oxford where she obtained a degree in Modern Languages.

She then headed to the USA and the prestigious Princeton University where she graduated with a masters degree in German.

How did Susie join Countdown?

Susie joined Countdown in 1992 to work alongside legendary hosts of the show Richard Whiteley and Carol Vorderman.

She had been working for Oxford University Press at the time writing Bilingual and English dictionaries.

She is well-known as the resident lexicographer and adjudicator for the letters rounds on the hit show. Susie is now the longest-running member of the panel.

Susie has also appeared on 8 Out Of 10 Cats Does Countdown and has her own Channel 4 YouTube web series Susie Dent’s Guide To Swearing.

Read More: Anne Robinson on Countdown – how old is she and what surgery has she had done?

What else has Susie done?

Susie has penned a series of intellectual reports and novels. Between 2003 – 2007 she provided Oxford University Press with annual language reports.

She then published books What Made The Crocodile Cry? 101 Questions About The English language and How To Talk Like A Local: From Cockney to Geordie in 2009 and 2010 respectively.

Last year she delivered her latest tome Dent’s Modern Tribes. The book highlights the type of language, phrases and slang used between groups of people from different professions such as pilots and football managers.