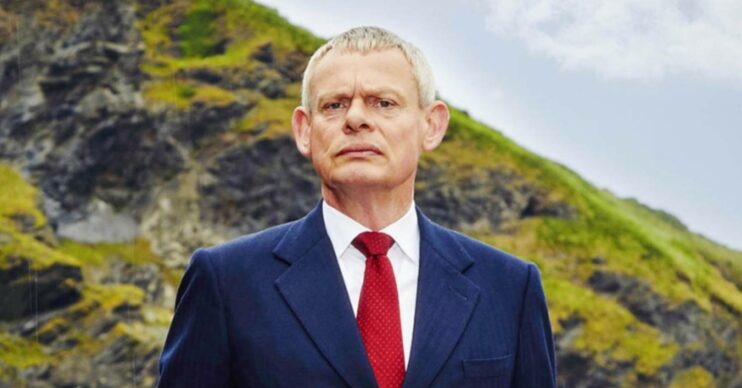 How did Doc Martin series 9 end? A full recap ahead of series 10

Catching up on what's happened and looking ahead to what's coming

Doc Martin series 9 came to an end in November 2019. And although fans have had a long time to wait for series 10, it was recently confirmed that new episodes are being made.

Sadly, however, star Martin Clunes revealed in January that this 10th run of the much-loved ITV comedy drama will be the final one.

Martin also added that although production had been disrupted by the coronavirus pandemic, extra time was available to work on the show’s scripts.

However, while fans are disappointed that the series is coming to an end after 18 years, they still have a Christmas special and a documentary to look forward to.

Ahead of those Doc Martin treats however, here is a reminder of how we left things in Portwenn.

How did Doc Martin series 9 end?

The Doc’s assessment by the General Medical Council because of his phobia of blood didn’t go entirely to plan.

There had been optimism after it became apparent surgeon Bernard Newton (played by Tom Conti) would monitor the Doc in assisted surgery.

That’s because he was the Doc’s tutor, who had become a friend.

But after Pippa sliced her finger during preparations for Al and Morwenna’s nuptials, both the Doc and Bernard were called into action.

The Doc impressed Bernard by reattaching the digit – but a momentary wobble was still a cause for concern.

Unfortunately, Bernard wasn’t prepared to let the Doc vomiting after the procedure go. And that came after the Doc had to take over from Bernard who struggled himself.

Bernard, suffering with macular degeneration, proposed the Doc keep quiet about in return for passing him on the assessment.

Did Morwenna and Al get married?

Elsewhere, a detached finger isn’t the only challenge Morwenna and Al faced for their wedding.

Morwenna found out her parents weren’t going to make her big day.

And so she asked the Doc to step in for her dad and walk her down the aisle.

But that wasn’t the most surprising request he was asked for that day.

Julia, who wanted to give the Doc and Louisa a number of puppies from a recently birthed litter, had other reproductive matters in mind.

“I was going to speak to you and Louisa about it privately, but… will you father my child?” she asked.

Having clarified she wanted the Doc to be a sperm donor, Martin made it to the wedding ceremony just in time.

And then the double cliffhanger! Louisa revealed to the Doc she was expecting and they would be having another child.

But the Doc also had news – he’d resigned as Portwenn’s GP after turning down Bernard’s offer.

There was, however, a happy ending among all the bombshells. Viewers saw the Doc and Louisa kiss, with him telling her he loves her.

What will happen in series 10?

ITV have given some hints about how series 10 will pick up again after series 9.

Along with Martin Clunes, Caroline Catz as Louisa Ellingham is confirmed to return.

Plus Selina Cadell as pharmacist Mrs Tishell will also feature.

In terms of plot, series 10 sees the Doc attempting to overcome his phobia of blood. And he also ponders whether giving up medicine was the correct decision.

Louisa, meanwhile, is now a child counsellor – operating out of her husband’s former surgery.

His and Louisa’s baby daughter – named Mary Elizabeth – has arrived. And James Henry, their son, is now four!

So with the Doc on daddy duty, he turns to repairing clocks while staying at home.

When will series 10 of Doc Martin be on TV?

An air date has not been confirmed.

Read more: Doc Martin ultimate guide: where is it filmed and how does it end with Series 10?

But considering a Christmas special is tipped to be the show finale, hopefully that means series 10 will be on the box in months, rather than years away.