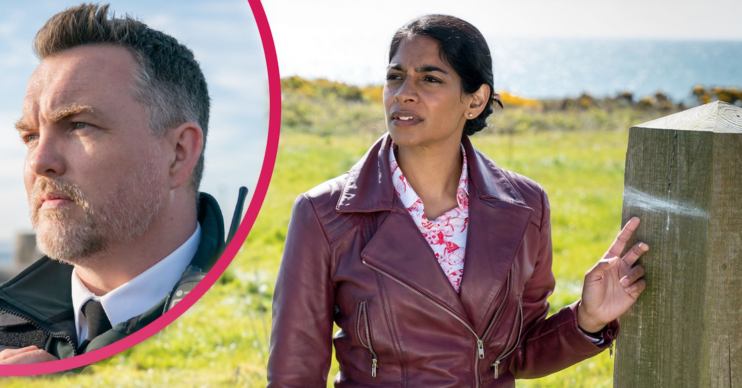 Another great daytime crime drama to get stuck into

Hope Street starts on BBC One this week, and you may recognise some of the cast in the latest daytime TV crime drama.

It enters an area normally occupied by established hits such as Father Brown and Shakespeare & Hathaway: Private Investigators.

So what is Hope Street all about, where is it filmed and who stars in it?

Hope Street on BBC One: What’s it about?

The 10-part series is set in the fictional town of Port Devine on the Northern Ireland coast.

It focuses on the town’s police department and the mysterious arrival of English Detective Constable Leila Hussain, the first Muslim police officer in the town’s history.

With each episode featuring a self-contained crime story, the series also follows the ups and downs of those working in the police department as they deal with everyday policing in the beautiful seaside town.

But why has Leila turned up in Port Devine?

Hope Street on BBC One: Where is it filmed?

Even though Hope Street is set in the fictional town of Port Devine, it really is filmed in Northern Ireland.

It’s filmed in the real-life town of Donaghadee and the series is supported by Northern Ireland Screen.

This means it’s a true TV product of the country.

Cast member Ciarán McMenamin says: “Being on set in Northern Ireland is always when I am at my happiest professionally.

“It’s well documented how amazing our locations are but our crews are also the best. The craic is a different level.

“When you live away, to come home and be surrounded by people just as sarcastic as you, makes getting out of bed in the morning a joy.

“And Belfast, man… I love Belfast. It’s always been my favourite city in the world and to spend three months living there again, made me a very happy boy.”

British actress Amara has already starred in some big-name productions.

You will recognise her from Sky Atlantic’s fab US crime drama The Night Of, as well as ITV’s Bancroft and Stan Lee’s Lucky Man on Sky with James Nesbitt.

She says about her character Leila: “I loved that this character is in a compromised situation in terms of her personal safety from the outset and so she has to assimilate, hide, duck and dive personal questions, and yet she sticks out in her new environment like a sore thumb.”

You will recognise Kerri from her role as Vicky Jefferies in Coronation Street.

On Marlene, she says: “When reading the audition pieces for Marlene I knew this was a character with a huge presence and grit.

“Marlene is a mystery and I love her directness. She doesn’t suffer fools to say the least.”

Thirty-year-old Niall has appeared in Mickybo & Me, Good Vibrations and Six Degrees.

And about Callum, he says: “The character I play is a decent guy, fresh out of training with a lot of learning to do and can add that comic relief at times, so it was a lot of fun to play and explore.”

On his character, Ciarán says: “Many things attracted me to the role but first and foremost I was charmed by the scripts and excited about being part of something that portrays modern-day Northern Irish people without solely looking at them through the window of our past.”

Aaron has a long list of credits behind him, including Shameless (where he played Jamie Maguire) and ITV crime drama Marcella.

He says: “My character plays the guitar in the show, so I spent some time brushing up on my guitar skills, it had been a while!”

Described as “cheeky, flirtatious and good fun, yet vulnerable”, Mary-Claire had a relationship with Harry Tressler before leaving for Chicago together in 2015.

Niamh also starred in The Fall with Gillian Anderson and Jamie Dornan.

She says: “I loved the character of Nicole, she really jumped off the page for me, and also the world of Hope Street is filled with characters I recognise and the stories are so full of warmth and humour.

“I knew it would be a very special show to be a part of.”