Summer Bay's resident policewoman, Kat Chapman fears she's about to meet a grizzly end when she's kidnapped and tied up in a car that's about to be crushed at a wrecking yard.

After being hunted down by hitman Dennis Novak, pregnant Kat's life in thrown into danger once again when he kidnaps her and speeds off out of Sumner Bay with her in his car. 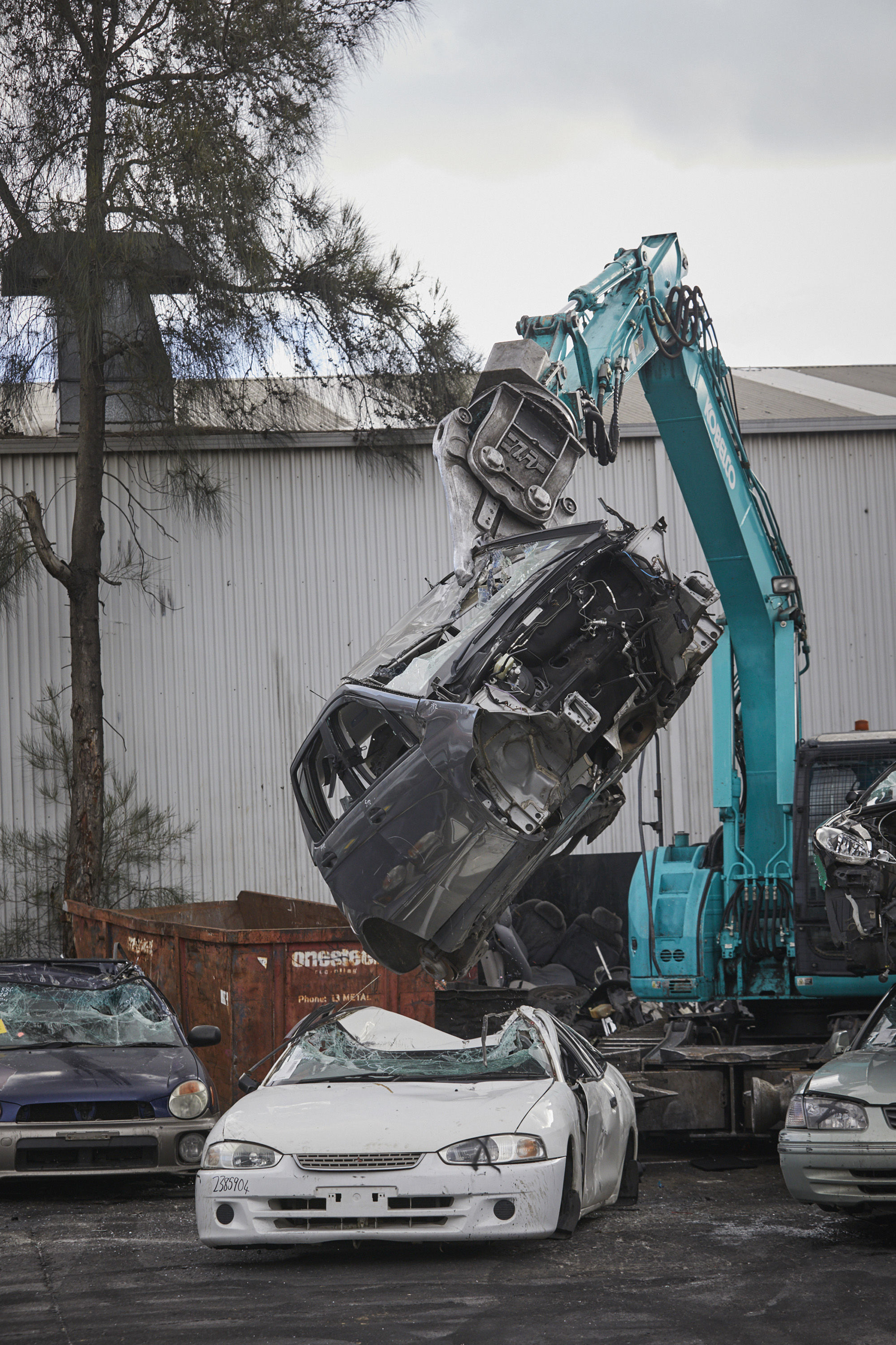 Boyfriend Robbo sees the whole thing happening and chases after the car - but by the time he gets to the car crushing yard, Kat is tied up in a car that's about to be turned into scrap metal.

It's a race against time for Robbo to save his girlfriend - but eventually he manages to overpower Novak, who is controlling the crushing equipment, and Kat is saved. 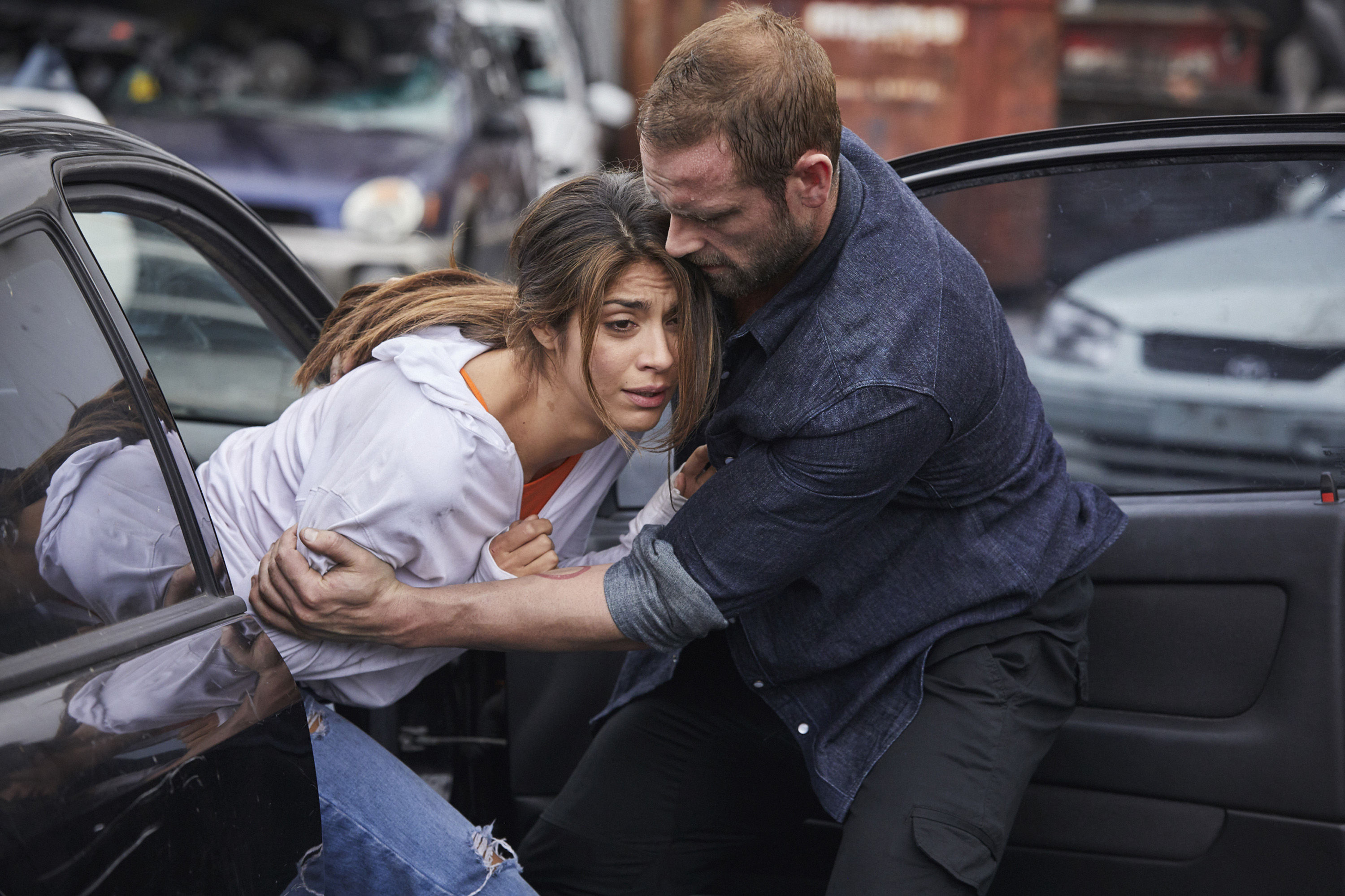 Robbo manages to save Kat - but that's not the end of the drama (Credit: Channel 5)

But before the pair are off the hook entirely, Robbo is attacked by Novak and the pair fight - leading to Robbo delivering a blow that knocks the kidnapper out cold.

After locking Novak in the boot of a car, Robbo races his other half to the hospital, terrified that the baby might have been harmed during the kidnapping. 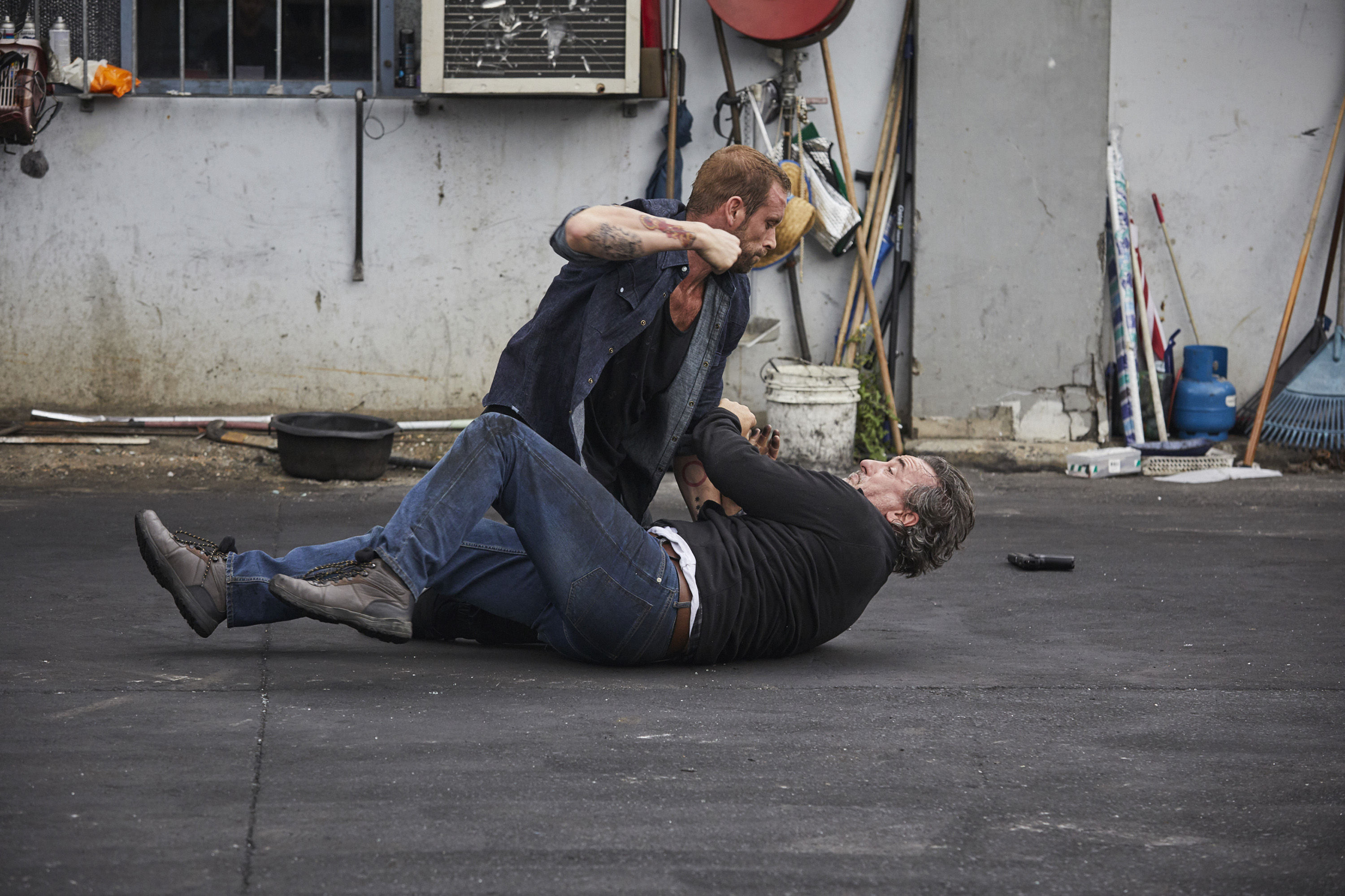 But instead of staying by Kat's side in the emergency room, Robbo heads back to the scrapyard, armed with a gun, and demands answers from his nemesis.

However, despite the fact Robbo can't bring himself to shoot Dennis, Kat's kidnapper ends up dead anyway when the pair have a fight - gun included - and a shot rings out. 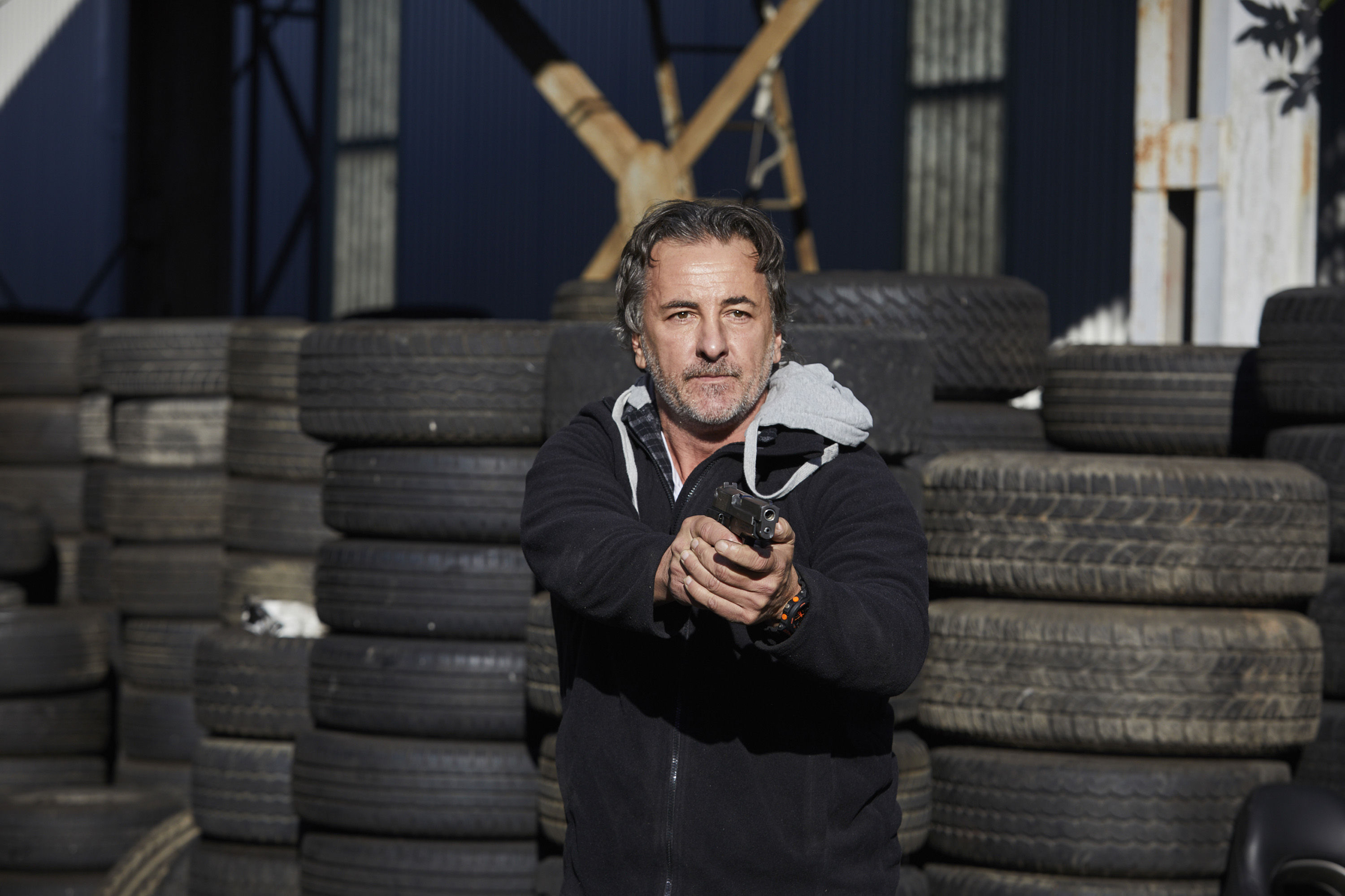 Knowing that this doesn't look good - Robbo decides to hide the body in the bush under the cover of darkness - hoping that no one will notice the hitman's missing.

But while Robbo's been busy accidentally killing someone and hiding their body in the middle of nowhere, Kat is delivered a bombshell of her own. 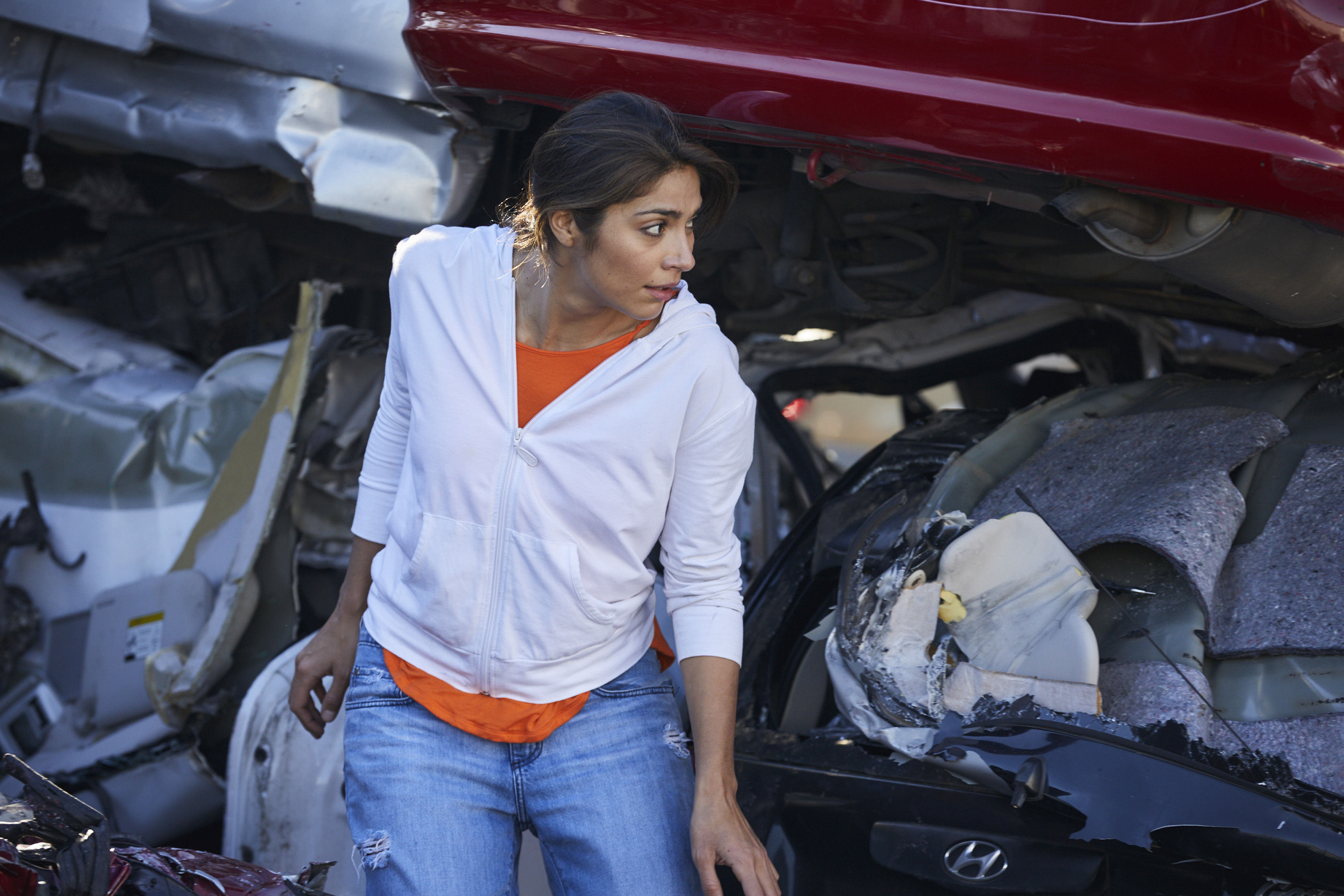 Kat is later stunned when she discovers her baby isn't Robbo's (Credit: Channel 5)

After having an ultrasound scan to make sure her baby is okay, doctors discover that she is further along in her pregnancy than she thought - meaning Robbo isn't the dad - Ash is!

But with Martin 'Ash' Ashworth about to leave Summer Bay and go on the run with his niece, Luc, will the news he's about be have a baby of his own stop him in his tracks?