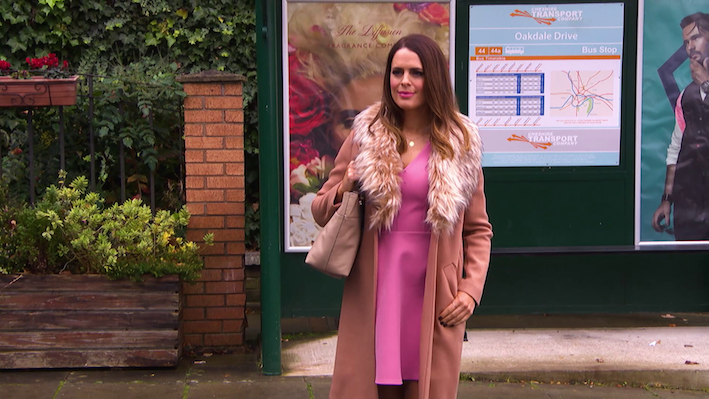 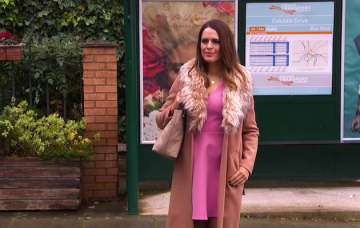 Does this mean the wedding's off or on?!

Susie Amy’s arrival in Hollyoaks as Luke’s secret wife Scarlett has been revealed – and she’s going to show up to cause trouble a lot sooner than we thought!

Luke’s not got round to telling fiancée Mandy that he’s already married – nor that he and Scarlett have a 15-year-old son, Oliver. Oops.

Desperate to get on with his life, Luke’s spent the last few weeks desperately trying to track down Scarlett so he can get a divorce.

With the wedding approaching fast, Luke knows he can’t say ‘I do’ without breaking the law.

So, next week he steps up his efforts to find his ex, and even enlists Darren Osborne to help him track down Scarlett.

But when their lead comes to nothing, Luke’s forced to take desperate measures.

He sneakily ruins Mandy’s wedding dress in an attempt to stop the ceremony going ahead!

Mandy walks in on Luke as he’s putting his plan into action and poor Darren has to stand in and take the blame for his mate.

Things look even bleaker when the wedding date is then moved forward, leaving Luke even less time to sort out at a divorce.

And just when it looks like things can’t get any worse, Scarlett shows up in the village – along with Oliver.

Luke’s delighted to see her if it means they can get divorced, but will she bump into Mandy and reveal all?!

“The pressing thing for Luke is that he needs a divorce so he is both pleased and stressed that Scarlett is in the village.”

Scarlett wants money from Luke and promises if he doesn’t cough up, she’ll stick around to ruin his wedding to Mandy – but will she go through with the threat?