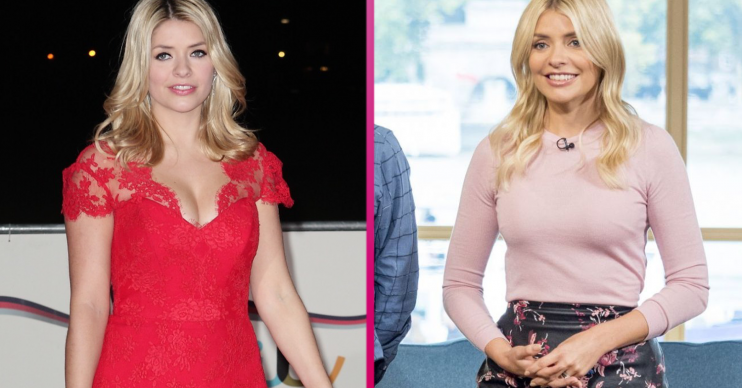 Find out the This Morning host's secrets

Holly Willoughby’s weight loss transformation has been hard not to notice.

The This Morning host began shedding the pounds after welcoming her third child Chester in 2014.

Since then, she’s maintained her healthy weight-loss – but what exactly is Holly’s secret? Let’s find out.

What are Holly Willoughby’s diet tips?

Holly reportedly maintains her figure by sticking to a healthy balanced diet.

But if it’s specifics you’re after, the TV icon apparently is a huge fan of hummus and carrots.

When it comes to meat, her go-to favourite is reportedly chicken.

It’s also believed that Holly satisfies her sweet tooth by snacking on fruit like mango.

What exercise does Holly Willoughby do?

Holly is apparently a huge fan of pilates.

The star’s former personal trainer Lynne Robinson used to visit her house to give her lessons every week.

Speaking to Hello, she explained that pilates target the core, helping to trim and waist and flatten the stomach.

“With Holly, I really enjoyed teaching her, we always made sure we had a bit of a giggle as well, and of course, I would love to think that with everybody I’ve taught they’re still carrying on.

“The books and the DVD’s, they’re very steady teaching that you can go back to again and again.”

What has Holly Willoughby said about her weight loss?

Although Holly is regularly asked about her weight loss secret, she rarely discusses it.

This is because she is incredibly conscious of sending out the wrong message regarding body image.

“On this show [This Morning] I’ve sat across the sofa from mums and dads who’ve lost children to anorexia, or their children are currently going through it, and they sit there and say, ‘It doesn’t help that there’s such a fascination with weight at the moment.”

Read more: This Morning Spin to Win caller amuses fans with hilarious reaction to being picked

“Everybody knows what leads to a healthy lifestyle, but it’s not up to me to give you a blow-by-blow account of what I’ve eaten that day,” she told The Sunday Times magazine.

“It’s not helpful, and it’s not what’s important. It’s a personal thing for me, and I think people get obsessive with it. ”

What do you think of Holly Willoughby’s weight loss transformation? Visit our Facebook Page @EntertainmentDailyFixand let us know what you think of this story.