Holly Willoughby was overcome with emotion as she offered support to a viewer on today's This Morning.

During the show's phone-in segment, the man - who went by the name Pete - opened up about the abuse he suffered as a child for the first time.

The victim told Holly and co-star Phillip Schofield that he was "protecting" his sister by letting the person abuse him. 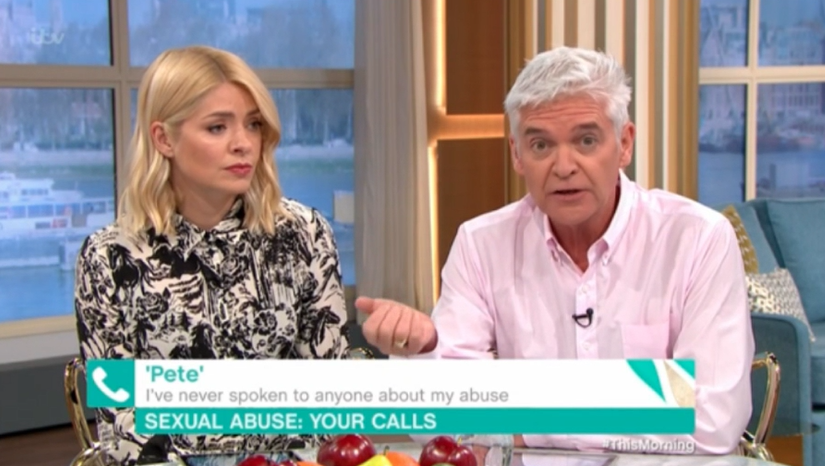 Holly as overcome with emotion as she offered support to the viewer (Credit: ITV)

He said: "I was abused as a kid and it went on for a long time and I felt bad about it. I thought I was protecting my sister by letting him do it to me.

"I only realised it was wrong when I had sex education at school and when I stood up to him he raped me and every day since, I have hated myself."

Pete even revealed the horrific ordeal left him wanting to take his own life.

He continued: "I have just wanted it all to end. I [attempted] suicide nine times."

Moved by Pete's story, Holly told him: "The thought of going back, you have to shine a light on that darkness and that is scary and the last thing you want is to feel scared again. 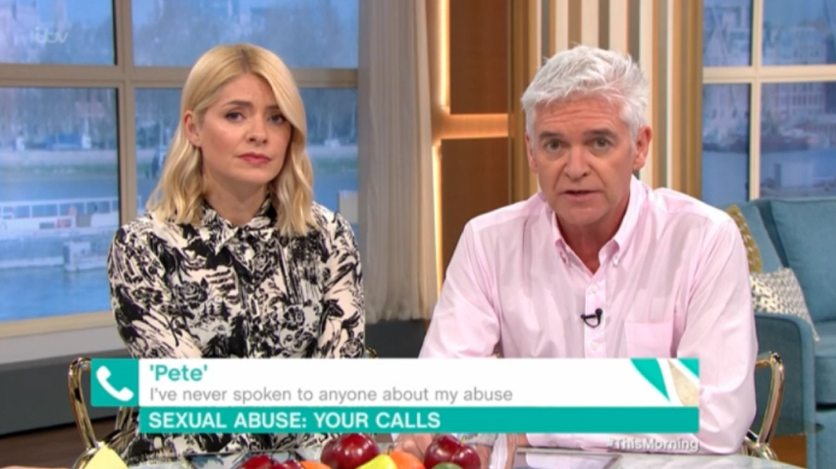 Pete even revealed the horrific ordeal left him wanting to take his own life (Credit: ITV)

"But if you do it, it will make a difference. What you have done is cope incredibly well."

Phil also offered Pete support, telling him: "We have met many people who have been exactly where you are now and with the right help and support look back on this place – they have done."

Holly also teared up while listening to a woman's story about being abused by her uncle when she was a little girl and had kept it secret for 30 years.

What you have done is cope incredibly well.

The woman, who went by the name Anna, told the hosts she was scared at how people would react and if they would even believe her.

The discussions came after Rebekah Vardy opened up about her experiences with sexual abuse on the show.

She said she was abused by a family friend from when she was 12. 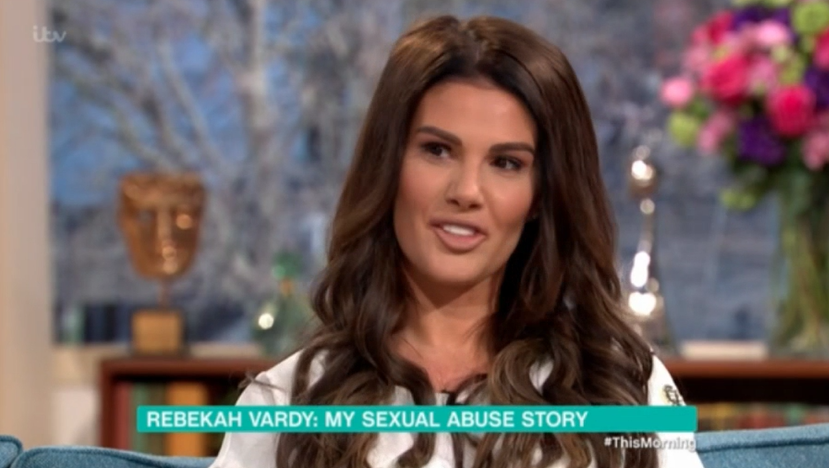 Rebekah opened up about her experiences with sexual abuse on the show (Credit: ITV)

Rebekah told the hosts she had Cognitive Behavioural Therapy (CBT) to help her come to terms with the abuse and she found the sessions very helpful in helping her separate her difficult past from her happy life now.

She said: "After I had my little boy, I had a lot of CBT and it really helped me kind of close that Pandora's box and distinguish, or to lose the face of, the abuse and it became something else.

"If I think about  it it almost becomes a character and that really helps me because it's separated my life today to what it was before and I still use that as a coping mechanism when I have a bad day."