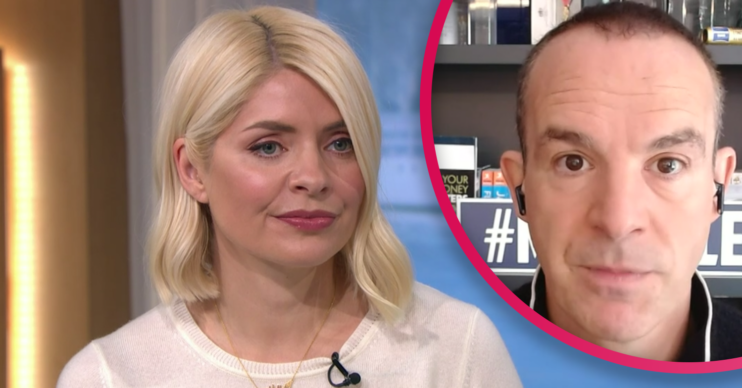 The Money Saving Expert was on the show for an energy special phone-in.

However, before it even started Holly made a bit of a blooper.

What happened with Holly Willoughby on This Morning today?

Holly and co-host Phillip Schofield introduced Martin, who joined them via Zoom.

They explained they’d been inundated with calls on the energy crisis.

Holly said: “Before we get to any calls Martin, what’s on your show tonight?”

Martin replied: “Nothing, I haven’t got one. It’s on next Tuesday.”

She added: “Do you know what’s on next week,” with a nervous giggle.

“It’s the last in the series,” Martin said.”It’s a big special, stealing a march on April, running through the cot of living hikes.”

He added that the show would last for an hour and that viewers should “set the Betamax” so they didn’t miss the show.

Well, one This Morning fan called Holly an “airhead” over the blooper, so not well!

“And that’s why we call her airhead,” they said.

Another also noticed the error and revealed why the Martin Lewis Money Show isn’t on the box tonight.

The show usually airs on Thursday nights, but not tonight…

One viewer explained why.

“Holly doesn’t know Martin Lewis isn’t on TV tonight because of the football,” they said.

Tonight on ITV there’s live coverage of the FA Cup.

Elsewhere on the show, Captain Sir Tom Moore’s daughter Hannah Ingram-Moore was on the show.

She was on the show to chat to hosts Holly Willoughby and Phillip Schofield about allegations she stole money from her father’s charitable foundation.

Hannah dismissed the claims and said that she was happy to stick her head “above the parapet” because she’d done nothing wrong.

What did you think of This Morning today? Tell us on our Facebook page @EntertainmentDailyFix.