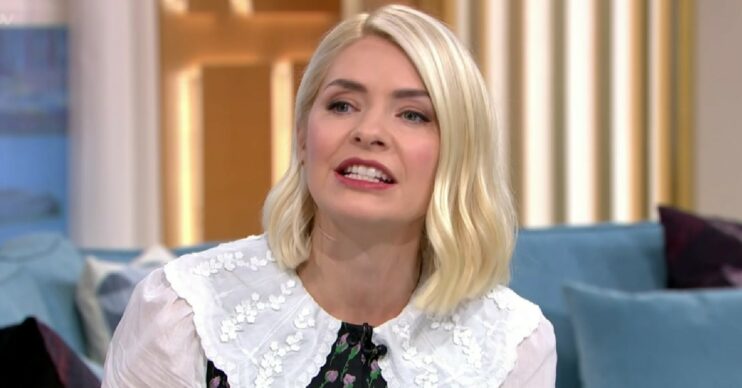 The presenter is back!

Holly Willoughby has returned to work on This Morning after recovering from norovirus.

As she opened the programme, Holly went on to apologise to viewers.

Holly Willoughby returns to This Morning

Phillip welcomed Holly back to the show.

She started: “It’s really good to be back!”

It’s really good to be back!

The star then went on to explain that her youngest son Chester also came down with the same bug.

Holly shared: “I’m much better now, thank you. Sorry about last week it really took me down – and Chester – but we’re better now.

“Thank you to Josie [Gibson] for doing an amazing job. All I did was watch you!”

Meanwhile, Holly also announced her return with an outfit post on social media.

Showing off her latest frock, she wrote: “Morning Monday… it’s good to be back! We are joined by the lovely Joanna Lumley and @derrenbrown… see you on @thismorning at 10am.”

Fans were delighted to have Holly back in the studio.

Taking to the comments, one said: “Great to see you again gorgeous. Hope you’re feeling better.”

Another posted: “Great to have the Queen of daytime TV back.”

A third shared: “Welcome back Holly… you look lovely.”

Holly missed This Morning as she recovered from a tummy bug.

As a result, Josie Gibson made her presenting debut on Tuesday (November 16).

The star admitted she felt “honoured” to be hosting alongside Phil and said it was “surreal”.

Following her stint, Josie took to social media to pay tribute to her co-host for the week.

Read more: OPINION: Holly Willoughby’s This Morning absence is the best thing that could ever happen to Josie Gibson

In a touching Instagram post, she penned: “I’ve got to give it up for this hero [Phillip] you have been my rock this week. Not only have you presented the show but you’ve had to teach me along the way.

“Sorry for all the slip-ups, you and [Holly Willoughby] and all the other presenters make it look effortlessly easy.