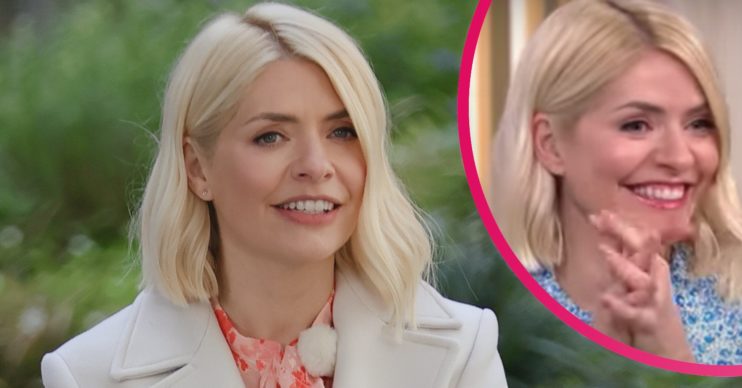 Holly Willoughby has revealed an exclusive look into her upcoming stint on Midsomer Murders.

The This Morning host, 40, shared a short boomerang clip of her on set of the hit ITV murder mystery series.

In the video, she looks thrilled to be a part of the team – and absolutely stunning in her pink floral dress.

Taking to social media, she captioned the video with: “Today is the day… @officialmidsomer… excitement levels off the chart.”

How are fans reacting?

Holly’s fans rushed to her Instagram comments to gush over how thrilled they are for the star.

One user commented, “That’s brilliant. Congrats,” and another user wrote, “Omg how exciting!”

A third user praised: “Amazing! You are going to be fab in it! Enjoy!”

In addition, Kelly Brook joked: “Hope you last longer than I did!”

The former glamour model was killed off in her episode on the show, that was broadcast in the UK in 2019.

How was Holly Willoughby offered the role on Midsomer Murders?

Earlier this year, Holly said she was “speechless” after being offered the acting role.

A super fan of the hit show, which has been going since 1997, she was surprised with the opportunity on This Morning.

Her co-host Phillip Schofield started off with: “We had a brief meeting this morning to discuss how we were best to do this and I think we are best to do it right now and for you [Neil Dudgeon and Nick Hendrix] to tell my friend here what she doesn’t know.”

Neil, who plays DCI John Barnaby on Midsomer Murders, replied: “We have all had a big talk about who we want to appear on Midsomer.

“And we have decided that we want Holly Willoughby to appear in an episode of Midsomer Murders very soon.

Meanwhile, an absolutely stunned Holly reacted with: “That’s amazing! Yes! Of course, I say yes. I have seen every single episode since it started way back when. Are you serious?”

However, Holly went on to joke that she was “terrible” at acting.

The star continued: “I mean you are going to have to kill me off really quickly because I am terrible at acting. I don’t know what I am going to do.”

Finally accepting the offer, Holly added: “I will just walk through the back of the shot slightly. But I would love nothing more.”