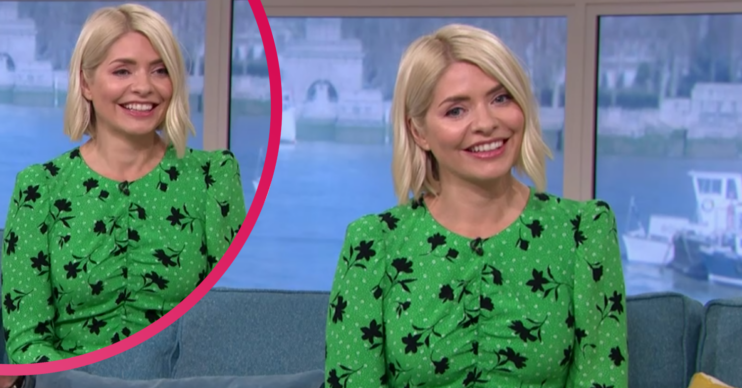 Fans are delighted she's back on the box, too

Holly Willoughby and her green dress blew away Instagram fans as she returned to This Morning today (Monday January 10).

The TV host, 40, and co-presenter Phillip Schofield made their telly comeback after the Christmas break.

And while Holly looked “sharp” in her work outfit according to viewers, it seems it may not be long before she’s away from the show again.

Instagram followers were very taken with Holly’s style choice from Nobody’s Child, with one dubbing it “green magic”.

Another cooed: “What a lovely dress, looking sharp.”

“This outfit is beautiful,” remarked somebody else.

And a fourth added: “What a lovely outfit to kick off the new year.”

Others were just as delighted that Holly was back on the box again.

“It’s so great to see you back,” commented one relieved fan.

Another supporter backed Hols: “You’ve been missed, so glad you’re back.”

“Was getting withdrawals. Thank god for that!,” joked somebody else.

And yet another added: “It seems like forever since you have last been on!”

Why might Holly take time away from This Morning soon?

According to reports, Holly will be taking two and half weeks off from the daytime ITV show later this month.

That’s because she’s going to the south of Europe later to co-host Wim Hof’s Superstar Survival alongside Lee Mack.

She is expected to be working on Superstar Survival from Monday January 17.

That’s the day after Dancing On Ice returns to ITV, which Holly also hosts with her This Morning colleague Phil.

However, Holly will reportedly fly back to the UK to fulfil her DOI commitments at weekends.