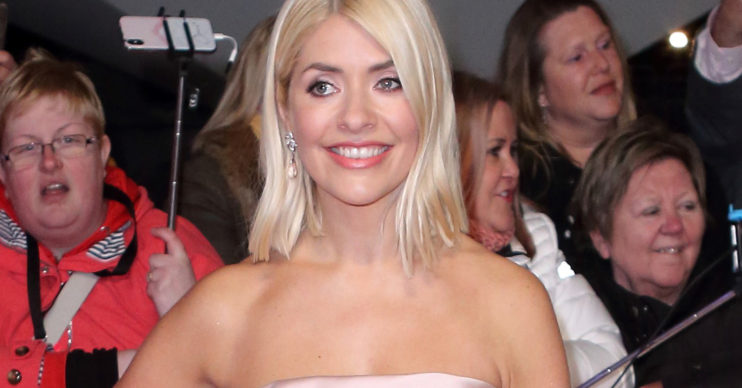 Even her co-star Phillip Schofield told her off!

TV’s Holly Willoughby has been criticised for breaking social distancing rules on This Morning today.

The presenter is still hosting the daytime show with her co-star Phillip Schofield but they have to keep a two metre distance from each other.

However, on Wednesday’s programme, Holly appeared to forget the rule and got very close to Phil during a science segment.

The pair were trying out a science experiment to see if a paper clip can float on water.

Scientist Zoe Laughlin told the hosts that you can make a paper clip float on water by opening one into an ‘L’ shape.

You can then balance a paper clip onto the ‘L’ shaped one and lower it into the water, unhook it and it will float.

However, Phil was having some trouble.

Holly, who managed to do the experiment right, told him: “I balanced [the paper clip] on top Phil.”

She then walked over to him to show him.

However, it seems Holly didn’t realise she was breaking the two metre rule and Phil told her off.

Don’t get so close, get back! Get back in your own area.

Viewers called her out

Those watching weren’t impressed and called her out on Twitter.

Another wrote: “Great social distancing there. But I guess it’s OK for these two.”

Great social distancing there. But I guess it's ok for these two 🙄 @hollywills @Schofe @thismorning #thismorning

Read more: Holly Willoughby’s sadness over not being able to meet new family member amid lockdown

Meanwhile, earlier in the show, Phil told off a crew member for a technical blunder.

Phil asked: “What’s up with the drummer?”

The song then played correctly.

Phil exclaimed: “Come on, you’ve got one job! Goodness sake. I think he’s got a loose stool.”