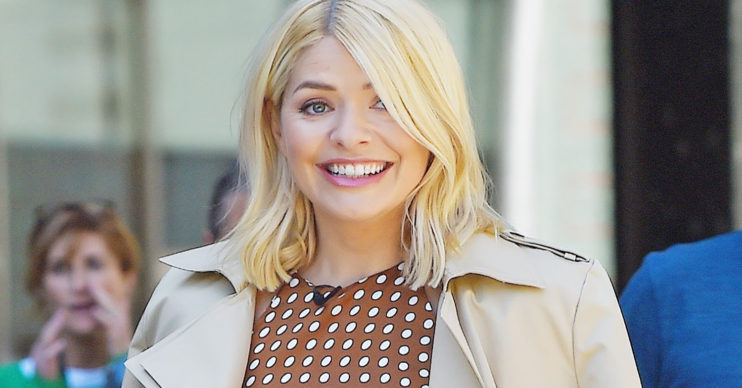 Davina McCall filled in for her on This Morning today

Presenter Holly Willoughby has shared a photo with her children after skipping This Morning to take them to school.

Davina McCall filled in for Holly on Monday’s show alongside Phillip Schofield.

Phil explained that Holly’s three children were returning to school so she had taken the day off.

Holly posted a snap to Instagram as she did the school run.

The picture showed Holly and two of her children’s feet.

This Morning isn’t the same without you but mum duties come first.

The star wrote: “The new norm… back to school…” followed by a red apple emoji.

Fans told Holly they were missing her on the programme.

One said: “Missing you this morning Holly.”

Another wrote: “This Morning isn’t the same without you but mum duties come first.”

A third added: “Davina’s doing very well with Phil, Holly but hope you’re back on This Morning tomorrow.”

Another commented: “Hope everything goes well @hollywilloughby with kids at school and can’t wait to see you back on This Morning missing you.”

Holly takes a day off

At the start of today’s show, Phil told viewers: “Welcome to a new week on This Morning,” as he looked at Davina.

Viewers were thrilled to have Davina on the show.

Another gushed: “So nice to see Davina hosting with @Schofe on  @thismorning! What a perfect fit for her, absolutely adore @ThisisDavina.”

Another wrote: “Awww davina on #thismorning Holly’s with her kids.”

However, others weren’t impressed and wanted Holly back.

Have you children returned to school? Leave us a comment on our Facebook page @EntertainmentDailyFix and let us know.