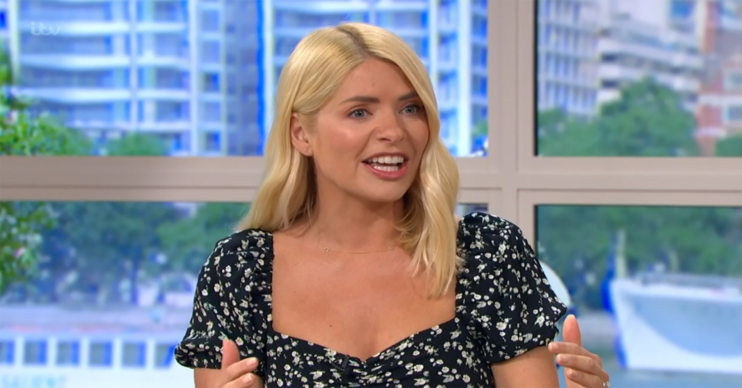 Holly Willoughby reveals she was ’emotional’ taking kids back to school

She missed This Morning yesterday

TV presenter Holly Willoughby was “emotional” taking her children back to school.

The star took the day off from This Morning on Monday as her children returned to school for the first time since the COVID-19 closures and admitted she was “worried” about them.

On her return to work on Tuesday (June 23), she explained: “It was really good, the school were brilliant and it was all really organised.

The kids were just so excited to see each other, I got a little bit emotional.

“I worried about it naturally, as a parent you worry about these things.”

Holly said the kids were “disinfected” and “had their temperatures checked” before entering the building.

However, Holly said she was “emotional” even though her kids were thrilled to be back.

She continued: “Very organised, the kids were just so excited to see each other, I got a little bit emotional.

“Because you’ve been with them the whole time.

“Suddenly they were doing stuff in the day that I didn’t know about, so it was relinquishing control.”

Holly recently opened up about being a working mum.

After her children returned to school yesterday, @hollywills says dropping them off at the gate was 'a little bit emotional'.

Have your children gone back yet? What was the experience like for you? pic.twitter.com/eDGABaPxDQ

She told Red magazine: “Becoming a mum was the only thing I knew I definitely wanted when I was growing up.

“But the image I had never involved me being a working mum. That’s the biggest challenge.”

Holly admitted it has left her “riddled with guilt”.

Yesterday, Davina McCall filled in for Holly on This Morning.

Were you glad to see Holly back on This Morning today? Leave us a comment on our Facebook page @EntertainmentDailyFix and let us know.