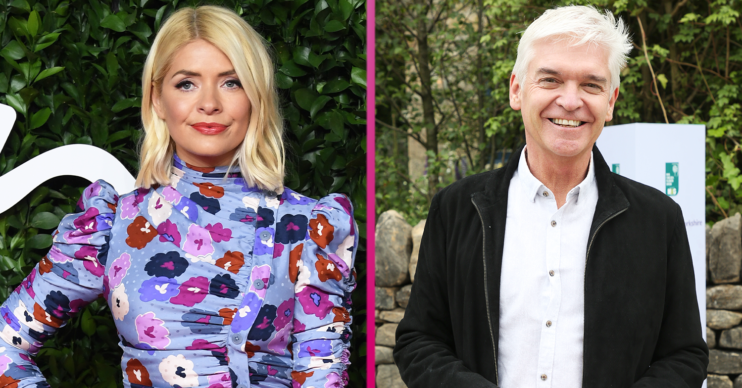 After a long summer apart it appears Holly Willoughby can’t wait to be reunited with her This Morning co-host Phillip Schofield.

The pair headed off on their summer holidays back in July.

However, they’ll be back presenting the show next Tuesday (September 1).

And, ahead of their return to our screens, Holly has revealed she “can’t wait” to be reunited with her “silver fox”.

In the video, the stars can be seen revealing that things will be getting back to “normal” next week as “a new term begins”.

The video features pictures of what the ITV stars got up to during their break.

Can’t wait to see you and be reunited with my Silver Fox!

They shared pictures of themselves having their hair cut, enjoying a pint and wearing face masks.

Holly, though, is clearly overjoyed at her reunion with Phil, giving him a special mention in the post.

She captioned the post: “This September we are all back… a new term begins!

“Can’t wait to see you and be reunited with my Silver Fox!”

She also added the emoji of a man with grey hair and quipped: “Errrr just typed ‘silver fox’ in and my phone suggested an emoji!!!!!!!”

Holly tagged This Morning, GMB, Lorraine and Loose Women in her post.

What do the fans think about their return?

Fans seemed overjoyed at the news the pair would soon be back on our screens.

One said she’d read that Holly was leaving the show, so she was thrilled to see her returning.

“OH MY GOD, OH MY GOD! YAYYYYYY. I heard the other day you were quitting This Morning and I burst into tears so I didn’t think that you were coming back. BUT YOU ARE OMG IM SO HAPPYYYYYYYYYYYYYY,” they enthused.

“Can’t wait to see you on the telly again!!! Mornings are boring now,” said another.

Who presented This Morning over the summer?

This Morning has been fronted by Eamonn Holmes and Ruth Langsford over the summer.

They have Fridays off so, as a result, Rochelle Humes, Alison Hammond and Dermot O’Leary have all stepping in to fill their shoes.

However, it seems that, like Holly, fans can’t wait for the show to return to its old format with its long-running hosts.

Head to our Facebook page @EntertainmentDailyFix and tell us if you’re excited for Holly and Phil to return.