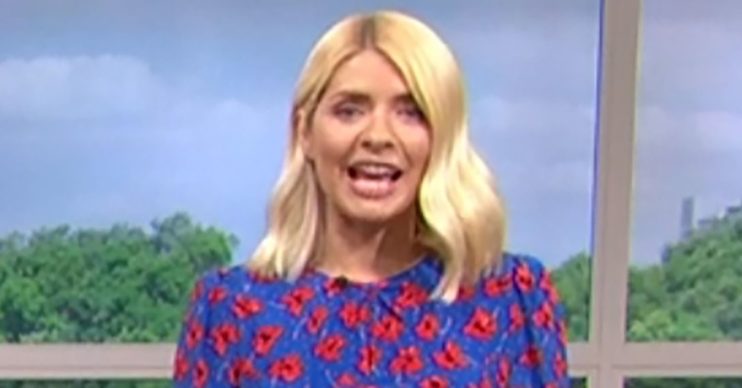 He's not managed it yet!

The 39-year-old star recently quit as a team captain on the outrageous comedy panel show in order to spend more time with her family.

And host Keith admitted he doesn’t know if the programme will survive without her.

Speaking to Gaby Roslin on HELLO! magazine’s Instagram show HELLO! Let’s Gab, he said: “Everyone keeps asking me who the new captain is.

“But I don’t know what the future of Celebrity Juice is at the moment, it’s a lot of meetings.”

“I’m probably supposed to say it’s meant to come back, lead with positive words but we’ve got to get it right.

“The next phase has to be right I guess.”

Read more: This Morning viewers horrified by the cost of Holly Willoughby’s dress

Holly’s departure came after team captain Fearne Cotton quit in 2018 and Keith – whose real name is Leigh Francis – believes they both left because they grew up.

He explained: “It wasn’t a surprise if I’m honest. She’s so busy, she’s doing ‘This Morning’, ‘Dancing on Ice’, a new show with Bradley Walsh and she has been doing ‘Juice’ for 12 years.

“And I think what happened is Holly and Fearne grew up, and I didn’t.

“They have to go and do what they have to do as grown-ups but I still have fun on a Wednesday night filming Celebrity Juice.”

Meanwhile, if the show does return, Holly has promised she’ll make “special appearances” despite quitting as a team captain.

During her final appearance on the ITV2 show on Thursday night (May 14), which was filmed during the coronavirus lockdown from home, she said it won’t be the last time she joins pal and host Keith on the programme.

Keith told Holly: “We’ve had some fun times over the past 12 years, haven’t we? I’m going to miss you.”

And the blonde beauty replied: “We have. I’m going to miss you too! Lots!”

And when Keith asked Holly if she’ll be back to “make special appearances”, she promised: “Absolutely! Try and keep me away. I will be back.

“Obviously, I won’t be team captain anymore, because that role will be going to someone very lucky.