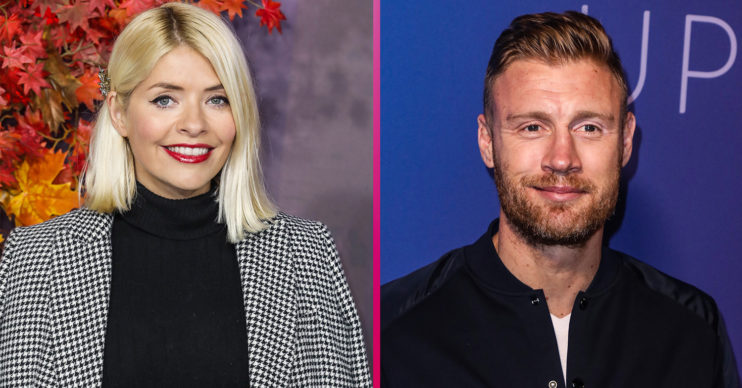 Holly Willoughby news: Star to team up with Freddie Flintoff for ITV’s The Real Games

The show will air next year

Holly Willoughby fans will be thrilled by news she’s teaming up with Freddie Flintoff for ITV’s The Real Games.

The new 2021 show will see celebrities go head-to-head in a range of sporting challenges.

This Morning host Holly and Top Gear’s Freddie will also join the likes of Alex Scott and Chris Kamara on the show.

What will happen in The Real Games?

The contestants will be pulled out of their comfort zones to be coached, trained and then compete.

They will try and get top of the medals table and be crowned winner of the competition.

In the series, Alex will be a trackside reporter while Chris will be a commentator.

What did Holly Willoughby say about the news?

Holly said: “I’m really excited to be presenting The Real Games with Freddie and the rest of the team.

“I can’t wait to watch our celebrity competitors go head-to-head.”

Meanwhile, Freddie added: “This is going to be a brilliant week of TV.

“Our celeb competitors will need to be at the top of their game to be in with a chance of topping the medals table.”

What else happens in the series?

In the show, six male and six female competitors will battle it out in the athletics arena, the swimming pool and gymnasium.

Each of them will take part in events, from the 100-metre sprint to doubles diving.

In addition, the episodes will feature the celebrities’ preparation and their training leading up to the event.

The medal table will take shape in each episode until the final show, where the overall winner will be announced.

Meanwhile, Commissioning Editor Nicola Lloyd said: “Obviously 2021 is going be a big year for sport events but for entertainment in a sporting setting, look no further than the real games.

“We’re delighted to have Holly along with Freddie guiding us through, joined by Alex and Chris and we’ll be revealing more about the competitors in the lead up to the show.

“We can’t wait for the fun and games to begin.”

Initial, a Banijay UK company, will produce The Real Games for ITV.

In addition, Katy Manley, Joint MD of Initial, said: “This joyful event is the perfect TV spectacle for 2021.

“Our 12 celebs will have the nation cheering from their sofas as they battle it out for top spot.

“A far cry from their comfort zones, we’ll see them pushed to their limits – surprising us and themselves with their achievements.

Will you be watching The Real Games? Head to our Facebook page @EntertainmentDailyFix and tell us.