TV's Holly Willoughby has insisted Caitlyn Jenner "wouldn't be allowed" to get her hair straightened in the I'm A Celebrity jungle.

Some viewers have speculated whether the American TV star, 70, has had secret access to hairdryers and straighteners after noticing she looking rather glam compared to the other campmates.

The rumours were discussed on Thursday's This Morning and Holly, who guest hosted the show last year alongside Dec Donnelly, said it wouldn't happen. 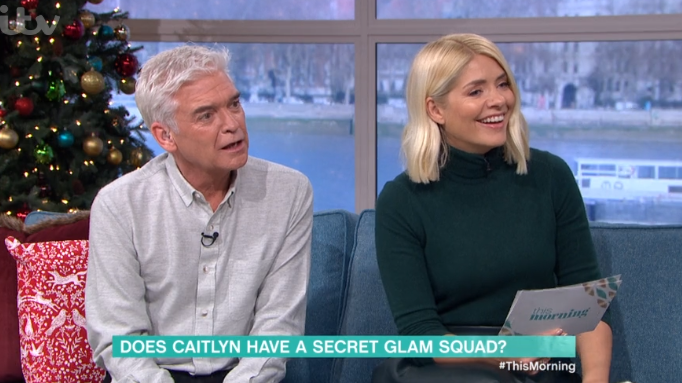 She said: "More rumours... Caitlyn apparently has got a secret glam squad. I don't believe that. She might just have good hair."

Phillip Schofield said: "But you're not allowed a glam squad in there," to which Holly confirmed: "No! Course she hasn't."

I don't believe that. She might just have good hair.

It comes after viewers speculated whether Caitlyn was getting her hair done behind the scenes.

One person said on Twitter: "Has anyone noticed Caitlyn Jenner's hair has been straightened on #ImACelebrity2019 Hmmmm! Anyone else noticed?"

Another wrote: "How has Caitlyn Jenner got such straight hair in the jungle?! Straightners?"

Has anyone noticed Caitlyn Jenners hair has been straightened on #ImACelebrity2019 Hmmmm! Anyone else noticed @imacelebrity #antanddec @antanddec #ImACeleb 🤨🤨🤨🤨🤨

How has Caitlyn Jenner got such straight hair in the jungle?! Straightners? #ImACeleb 🤔

A third tweeted: "Caitlyn’s hair looks like it’s been straightened."

At the start of the series, viewers were wondering whether the campmates were allowed makeup in the jungle after Caitlyn and Kate Garraway looked rather glammed up.

One person said on Twitter: "@imacelebrity why is @kategarraway allowed make up? Looks like she got a face full of make-up... or has she not taken her makeup off since day 1?"

Another wrote: "Are they allowing make up this year on #imacelebrity? Because Garraway and Jenner had plenty on in their trial last night?"

A third tweeted: "So they are allowed make up in the jungle because Kate Garraway is well glammed up #ImACeleb." 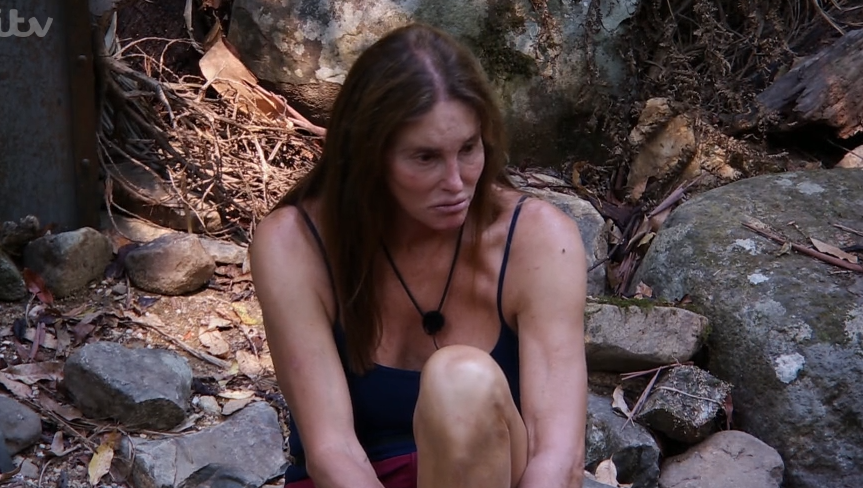 Some viewers thought Caitlyn was having her hair done in the jungle (Credit: ITV)

Meanwhile, it's the last week before the finale this weekend when one of the celebrities will be crowned King or Queen of the Jungle.

This week saw James Haskell and Ian Wright leave the jungle after becoming this year's most controversial campmates.