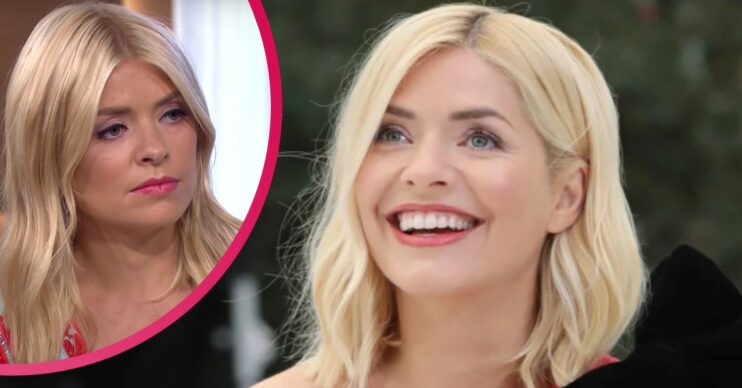 Holly Willoughby’s ‘feud’ with TV legend: ‘She feels uncomfortable around him’

Holly Willoughby is no stranger to tabloid headlines accusing her of a ‘feud’ with a fellow TV star.

Back in 2019, reports claimed she and her Dancing On Ice co-host Phillip Schofield were caught up in “toxic” situation. It was claimed at the time that the presenting pair’s relationship on This Morning was affected.

ITV countered the reports by putting out a statement in late 2019 that insisted the duo are “great friends both on and off screen”.

And Holly later admitted the period when the claims were made was a “difficult” time for her.

Notions of a ‘feud’ with Phillip were dismissed. But speculation about friction between Holly and another prominent telly figure also exist.

A year earlier, Noel Edmonds broke his silence over claims he and Holly don’t get on.

He dismissed any idea of a rift between them after he departed I’m A Celebrity. That 2018 series Noel participated in as a contestant was the one where Holly stepped into to host alongside Declan Donnelly.

Reflecting on their meeting after he was voted off, Noel stated: “We hugged. There is no feud.”

He also noted he “respects” Holly as a broadcaster.

Noel also insisted Holly told him herself there was no bad feeling on her part.

“You’d have to talk to Holly but she said to me this morning it was [expletive]. There’s no feud with Phil and Holly,” Noel told the Mirror at the time.

Why did Holly and Noel reportedly fall out?

In 2016, Noel appeared as a guest on This Morning. He claimed his prostate cancer diagnosis was due to “negative energy”. Noel also said it was “cured” through use of electromagnetism.

He said: “I am absolutely sure the negative forces acting on me impacted on my health.”

Their bad blood goes right back to the This Morning interview.

At a later date, Noel said during an appearance on GMB there had been a “spat” during the interview as the hosts did not agree with Noel’s views.

However, despite Noel’s words, a source claimed to The Sun in December 2018: “Holly and Noel do not like each other and their bad blood goes right back to the This Morning interview.

“Holly was angry with Noel at the time and thought he was callous.”

They added: “She finds him patronising and feels uncomfortable around him.”