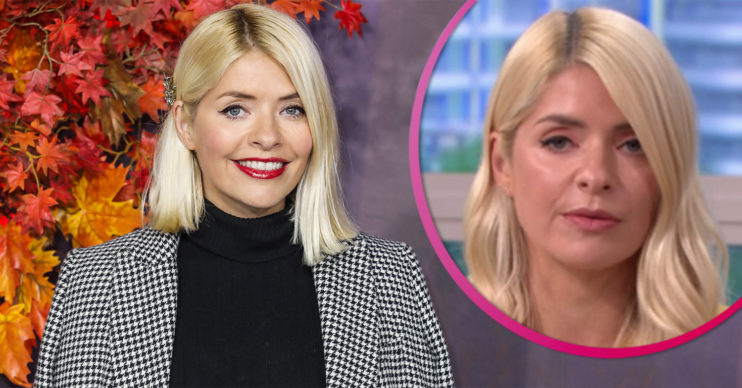 It's a difficult dilemma for the This Morning star

The 39-year-old presenter shared her panic on This Morning, telling viewers: “It’s going to be very awkward in my house.”

According to new rules, no more than six people will be allowed to meet up indoors.

What’s in store for Holly Willoughby this Christmas?

This means Holly’s husband Dan Baldwin and their children Chester, five, Belle, nine and Harry, 11, may not be able to spend Christmas with her parents.

The host discussed the strict measures on the ITV show today, alongside co-host Phillip Schofield, Matthew Wright and Nicola Thorp.

Holly said: “What will Christmas look like? It’s going to be very awkward in my house.

“I’m in a family of five so I’ll have to choose between my mum and dad on Christmas Day.”

She later added: “It’s not a nice thing to look forward to, is it?”

Matthew replied: “You can’t have your parents over on Christmas Day but you can go on public transport.

Holly famously shares a close bond with her mum Lynne and dad Brian.

What are the new rules?

Under the new rules, it will be illegal for groups of more than six to meet in England.

The measure will be introduced on Monday (September 14)  to help lower the number of people socialising in groups.

Secretary of State for Health Matt Hancock said today on BBC Radio 4 that there is no known end date to the new rule.

He added that the six limit rule could easily still be in place come Christmas time.

Back in May, Holly revealed she couldn’t wait to hug her mum Linda once lockdown was over.

Taking to Instagram, the star wrote: “Happy birthday to my beautiful mumma… miss you so so much.

“Can’t wait to cuddle you again… love you.”

She also previously marked her parents’ wedding anniversary with a touching tribute online.