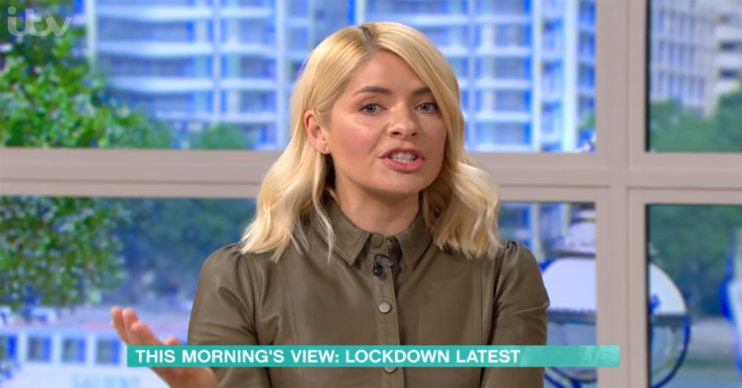 Her son Chester is five-years-old

TV’s Holly Willoughby has expressed her concerns over her son Chester returning to school.

On Sunday night, Prime Minister Boris Johnson addressed the nation to explain the first steps in their plans to reopen society after almost two months of lockdown.

In the speech, he said primary schools could start going back in June if the rate of infection stays down.

However, it would only be reception, year 1 and year 6 to begin with.

Holly shared her thoughts on the plans during Monday’s This Morning (May 11).

I’m telling you there is no way he will be able to socially distance himself.

She said she doesn’t think her five-year-old son Chester will be able to follow social distancing rules, especially around his friends.

Holly said: “I’m telling you there is no way he will be able to socially distance himself two metres away from his best friend Arthur.

“It’s just not going to happen.”

Meanwhile, at the start of today’s show, Holly and Phil ranted about last night’s speech by the prime minister.

“The problem is, we’re all just about holding on,” Holly said. “We’ve all done so well, we’ve all done exactly what we’ve been told.

“We’re doing so well to keep our spirits up. But when there’s this level of confusion, it knocks you back.

“When you feel like you’re just keeping afloat, it just knocks you back again.”

Phil added: “You literally couldn’t write this. It is utterly astonishing and you know we’ve been really level on here but now this has tipped us over the edge.”

Addressing Dominic Raab’s comments that the public can now meet one family member from a safe distance, Phillip  added: “What are we allowed to do?

Holly summed it up: “We don’t understand.”

Do you feel confused? Head to our Facebook page @EntertainmentDailyfix and leave a comment to let us know.