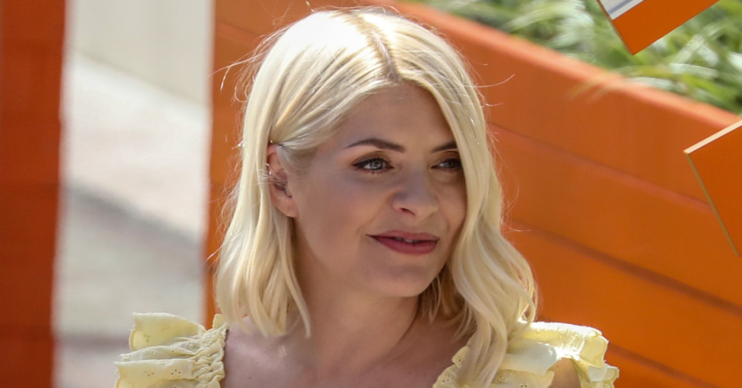 Holly Willoughby has delighted her Instagram followers by debuting a new hair cut in a “gorgeous” make-up free selfie.

The This Morning host – who is currently on her summer break from the show – also teased an exciting TV appearance tonight (July 22).

And the news was more than welcomed by fans who admitted they’re missing Holly and co-host Phillip Schofield on the ITV daytime show.

Ruth Langsford and Eamonn Holmes are covering for them while they enjoy seven weeks off.

Holly revealed she’d completed her morning meditation as she shared her selfie.

Wrapped in a brown blanket-style coat, Holly looked stunning as she posed wearing a moon necklace, which many fans admired.

“Morning meditation complete and breathing in the possibility of a new day… ✨,” she said.

She then revealed that she’ll be back on the box tonight.

“See you on the @bbctheoneshow tonight at 7pm.”

“Can’t wait, will be watching,” said one Holly super fan.

“Yay! Really missing you on This Morning,” said another.

What did fans say about Holly’s new hair?

Holly looked “unreal” in the picture, according to model Abbey Clancy, who was one of the first to comment on the picture.

And it’s a sentiment many seemed to agree with as Holly debuted a shorter new bobbed look.

“Love your hair,” said one fan.

“Living for this hair,” said a third.

Meanwhile, another added: “How lush is her hair!” tagging a friend in the post.

‘Beautiful’ Holly is a ‘natural beauty’

Others commented on Holly’s natural beauty, as she appeared to be wearing little make-up in the shot.

“Wow you are naturally beautiful,” said one admirer.

“No make-up is such a beautiful look,” another Holly fan said.

What do you think of Holly’s new hair? Tell us on our Facebook page @EntertainmentDailyFix.

Hair Holly Willoughby instagram The One Show This Morning