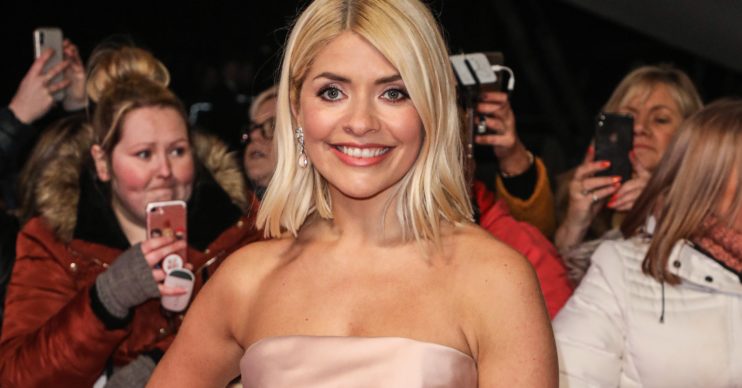 The This Morning host is being flipping brilliant for charity

Dressed in rainproof coat with a hood,  the co-host of This Morning braved the rain to get her grill on this afternoon.

And as well as cooking her family’s lunch outdoors, she was highlighting an important charity.

Holly, 39, is married to TV producer Dan Baldwin. They have three children – Harry, aged 11, Belle, aged nine and five-year-old Chester. It looked like she’d been flipping burgers and a juicy steak for all of them.

Holly flashed a big smile and posted this cute image to her six million followers on Instagram, despite the damp conditions.

Classic British BBQ for lunch today… not even the rain could dampen our spirits ☔️ Thank you @jimmyspopup @jimmygarciacatering for our delicious hamper. Never cooked with a @biggreenegg before, loved it! Steak, sausages, burgers… super happy tummies all round! Also, have a look at #donateadinner Jimmy is working with @age_uk to produce and distribute home cooked meals to the most vulnerable in our society… please help if you can 👏🏼❣️ #gifted #donated

Holly captioned the picture: “Classic British BBQ for lunch today… not even the rain could dampen our spirits.”

As well as tagging the companies who had given her the barbecue and the food, Holly posted a link to Age UK.

They are using the hashtag #donateadinner to produce and distribute home cooked meals to the most vulnerable in society.

As TV presenters, Holly and her This Morning co-host Phil are key workers, so they are exempt from the lockdown. They’ve been entertaining and informing us on the daytime show four days a week.

It’s been a busy day for Holly, who started her weekend with a little bit of make-do and mending.

She posted another picture to Instagram of her doing some repairs to her son Chester’s favourite cuddly toy.

Holly wrote: “Time for some Saturday morning rabbit surgery… lost count of the time I’ve sewn these arms back on… Chester’s one true love. ”

Do you like barbecuing or do you prefer to cook indoors? Tell us on our Facebook page @EntertainmentDailyFix.