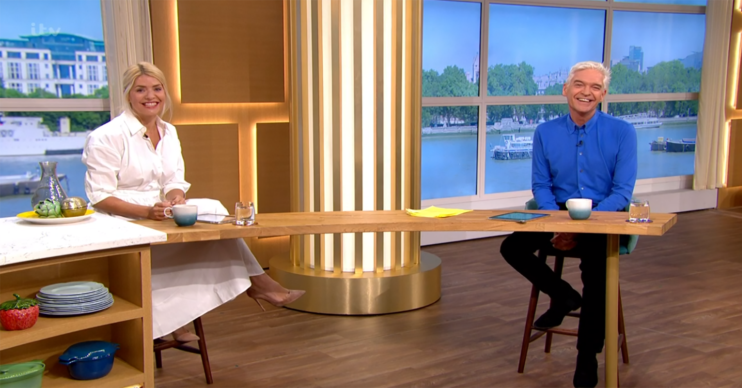 They will be off until September

Holly Willoughby and Phillip Schofield will host their final This Morning tomorrow before their summer break.

The presenters are taking some time off over the summer before returning to the programme in September.

Holly and Phil revealed their break on Thursday’s show.

Read more: Holly Willoughby is teased for dressing like a nurse by co-host Phillip Schofield

At the end of the show, Holly said: “We’re back tomorrow for our final show before the summer break. We’ll see you then.”

We’re back tomorrow for our final show before the summer break.

Earlier this month, Eamonn Holmes and Ruth Langsford – who usually host the programme on Fridays – revealed they were taking a break before replacing Holly and Phil over the summer.

Eamonn said: “Thank you for watching, we’ll be back doing this all over again for the summer, in a couple of weeks.

“We’ll be back then. Goodbye.”

Meanwhile, earlier this week, Phil joked This Morning bosses couldn’t sack him as he flouted the Spin To Win rules once again.

The presenter wasn’t satisfied with the contents of the Spin To Win bag.

Phil and Holly spoke to viewer Mary, who had a chance to win some cash after saying the correct pass phrase.

After Mary won £500, the ‘bag of shizzle’ was then lowered but Phil wasn’t happy with what was inside.

“I can’t see anything else in here other than a box of rock salt.

Holly said: “We’ve just boosted you to a thousand pounds!”

Phil told Mary: “We’re off for the summer on Friday so they can’t sack me.”

Will you miss Holly and Phil? Go to our Facebook page @EntertainmentDailyfix and leave a comment to let us know.