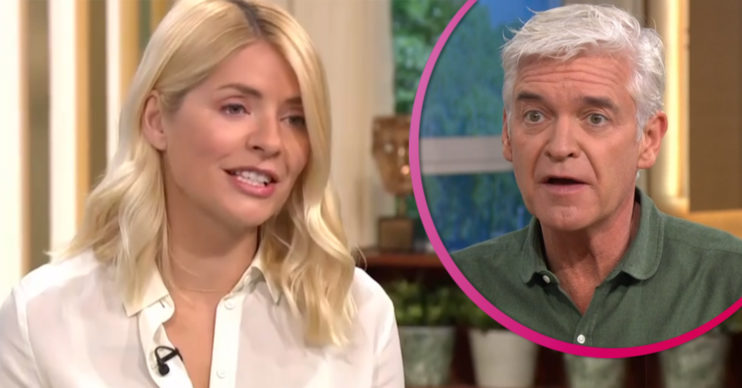 Families reunited this weekend thanks to new lockdown rules

TV’s Phillip Schofield and Holly Willoughby revealed they shed tears after watching videos of This Morning viewers reuniting with their families.

The emotional footage left Phil and Holly emotional as they said they can’t wait to experience the same moments.

Read more: This Morning in ‘utter chaos’ as guest fails to turn up on time

Holly added: “It’s what we want so much. We’ve been waiting for so long.”

We just watched this in the break and it set us off.

Holly said: “So many of you have been in touch over the weekend sharing your videos. Get your tissues is all I can say.

“We just watched this in the break and it set us off. Here we are.”

One person said on Twitter: “Seeing all of the family reunions after spending months apart has made me so emotional.

“I can’t imagine what it must have been like for grandchildren to not be able to see their grandparents for months!”

Meanwhile, earlier in the show, Holly spoke about missing her mum as she and Phil watched other viewers reuniting with their loved ones.

After seeing a woman reunite with her mum, Holly said: “I’m so jealous.

“I just feel like, I know it’s so lovely and I’m so happy for them, but I just want to hug my mum so bad and my dad.”

Unfortunately, Holly doesn’t fall into this category because her parents live under the same roof.

Have you reunited with your loved ones? Leave us a comment on our Facebook page @EntertainmentDailyFix and let us know.