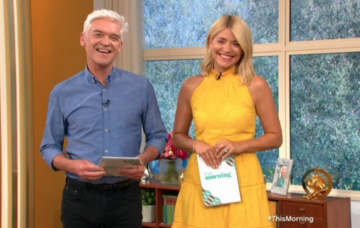 Holly can't wait to reunite with her "silver fox" sidekick

Holly Willoughby and Phillip Schofield have sent fans into a spin after gushing about their telly comeback.

The pair are set to return to This Morning next week after both enjoying a relaxing summer holiday with their families.

Taking to Instagram, Holly and Phil shared a photograph of themselves enjoying a cuppa and confirmed the news with their followers.

Alongside the cute photograph, 37-year-old Holly joked that her return to the ITV show with her good friend will be like going back to school.

She wrote: “Back to school on Monday!!!! Can’t wait to be reunited with the silver fox on the sofa… 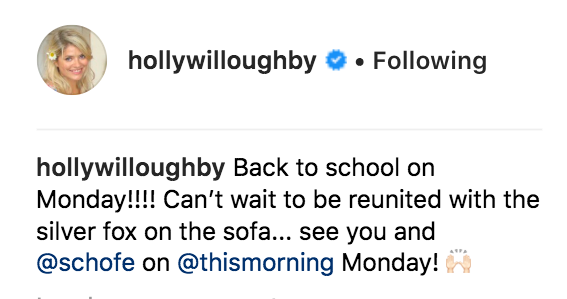 Meanwhile, earlier this week, Holly also confirmed that she will be flying to Australia later this year to co-host I’m A Celebrity…Get Me Out Of Here! with Declan Donnelly.