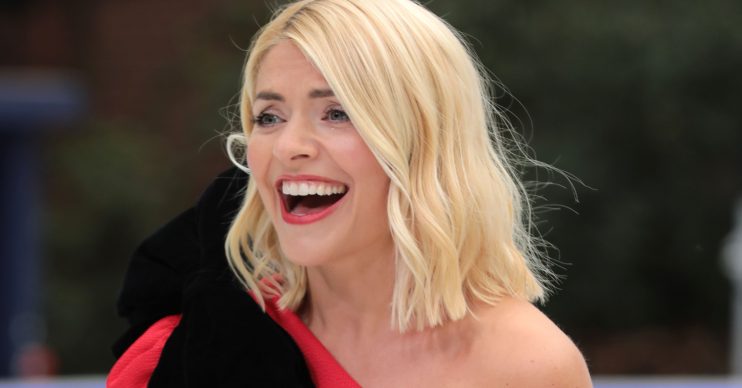 She's no fan of spray tans, though

TV host Holly Willoughby has told fans she has worn eye-popping costumes designed for the skaters on Dancing On Ice.

Hols has hosted the ITV skating show alongside her This Morning colleague Phillip Schofield in both of its runs on the box, from 2006 to 2011 and again since its revival in 2018.

The 38-year-old presenter has been dubbed ‘Holly Willough-booby’ in the past after wearing figure-hugging outfits on the show.

But now it seems she has also been ‘secretly’ trying on the skimpy rink gowns meant for the pros on the show – even though she’s not a fan of skating style’s fondness for spray tans.

She told the Sun’s website: “I have had about two spray tans in my entire life although I seem to be advertising spray tan left right and centre.”

Joking the effect looked “so ridiculous” on her, Holly did however suggest she has been keen on the DOI competitors’ glam get ups.

You want a bit of that if you are a skater.

She continued: “Although I wore one of the dresses – every time I see them come out in their sequence, that’s the most amazing outfit.

“You want a bit of that if you are a skater.”

Holly recently stunned onlookers as she wore two incredible dresses at a press launch for the upcoming series of DOI.

She came in for appreciative comments from fashion fans after wearing a black strapless Peter Langner gown embroidered with a silver and glittery pattern.

Later, she switched to a chic light pink dress featuring a sweetheart neckline.

Holly accompanied the Iris Serban strapless number with a matching pink shawl over her shoulders.

– Dancing On Ice returns for another series on Sunday 5th January. The Christmas special will be shown on ITV on Sunday 22nd December 22 at 7pm