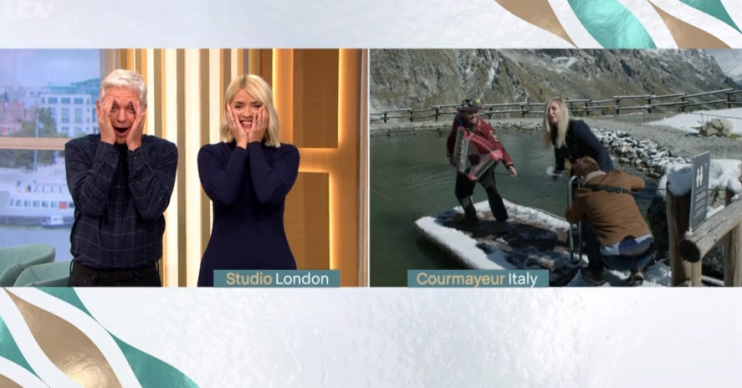 A producer had to help her

Josie Gibson suffered a hilarious blunder on today’s This Morning as she almost fell into an icy lake.

The Big Brother star was presenting the show’s competition live from Monte Bianco in Courmayeur, a town in Italy.

As she tried to step onto the jetty, Josie’s foot slipped on the ice and the boat began moving back.

Josie’s other leg was firmly on the boat while the other began slipping further towards the water.

She screamed: “Oh guys! No, seriously guys! Guys, guys!” as a producer ran over to help Josie off the boat.

Back in the studio, hosts Holly Willoughby and Phillip Schofield burst into laughter.

Holly asked her: “Did she nearly go in? Are you okay?”

Phil added: “If she swore then, we apologise. But who wouldn’t?”

Josie said: “I didn’t swear, did I?” as the presenters started giggling.

Viewers were in hysterics over Josie’s gaffe and shared their thoughts on Twitter.

Many compared it to the infamous moment Alison Hammond pushed an assistant into water in Albert Dock as she presented a weather segment.

One person said: “I thought another Alison moment [was] coming then, [she knocked a] guy into the dock from [the] weather map!”

I thought another Alison moment coming then win guy in the dock from weather map! 😂

Another wrote: “The fact that this happened a year after Alison nearly fell into the river is just amazing.”

A third added: “Absolutely laughed out loud! Instantly thought of Alison Hammond on the island.”

Absolutely laughed out loud ! Instantly thought of Alison Hammond on the island

In October last year, Alison was joined by two topless sailors as she presented the segment on a floating weather map.

However, as she stepped onto one part of the map – where the two men were standing – she accidentally knocked one of them into the water.

Addressing the camera, Alison said: “It is going to be a little bit wet in Northern Ireland,” before turning to the sailor, adding: “I’m so sorry babes. Anyone got a towel?”

At the time, the show’s official Twitter page said: “The floating weather map is back – and @AlisonHammond2 made it across the Irish Sea no less!”

After she knocked the man into the water, the page added: “OK, we take it back…” 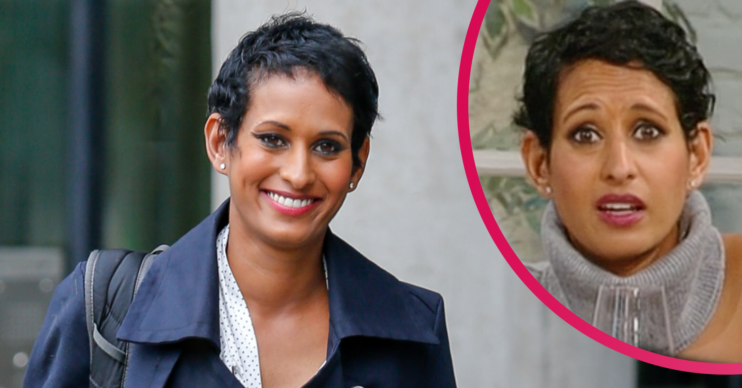