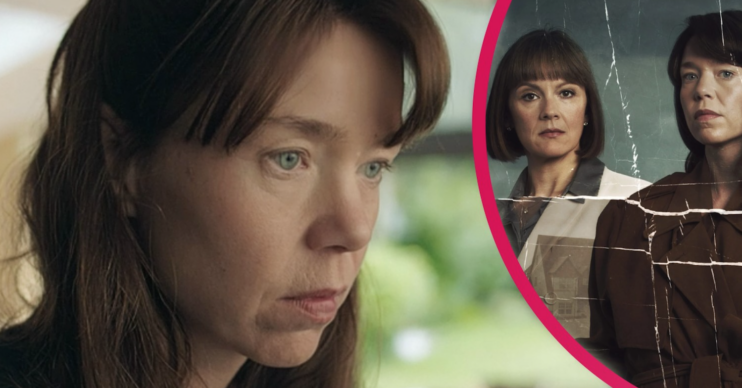 Hollington Drive began on ITV last night and viewers all noticed the same thing – why on earth wasn’t there a dishwasher in Theresa and Fraser’s big, posh house?

The four-part thriller introduced us to a whole range of characters last night (Wednesday September 29) and an intriguing and tense mystery.

But it was the domestic doo-doo that viewers zeroed in on.

What happened on Hollington Drive on ITV last night?

Viewers were captivated by the story of Hollington Drive.

It told the tale of two sisters: Theresa (Anna Maxwell-Martin) and Helen (Rachael Stirling), who found themselves at the centre of a missing child case.

They lived on a perfect suburban road and seemingly lived the perfect life.

However, as the story unfolded, cracks emerged in the marriages of both siblings.

And, when Theresa and Helen’s kids were implicated in the disappearance of a neighbours’ little boy, the cracks got larger.

Things were complicated when Fraser’s brother Eddie came to stay.

His presence in the house – with its enormous garden, beautiful kitchen and perfect surburban layout – was causing tension.

Cue a tense chat between Theresa, already a nervous sort, and her laidback hubby while washing the dishes.

However, as the domestic drama played out viewers were weirded out by one thing.

Why, if they have the perfect house, do they have no dishwasher?

Who has a house like that and not have a dishwasher? #HollingtonDrive

How did viewers react to the absence of a dishwasher?

One wrote: “All that house, no dishwasher.”

Another said: “I think the biggest crime of #HollingtonDrive is the fact that the massive house doesn’t have a dishwasher.”

Read more: Hollington Drive on ITV1: What else has actor Rhashan Stone been in before and who is his famous wife?

A third exasperated: “OK so #HollingtonDrive… they’re in the kitchen and the clock doesn’t move beyond 7.30.

“BUT, they’re in a modern, newish house, doing the washing up by hand.

“Really? No dishwasher? Not realistic at all.”