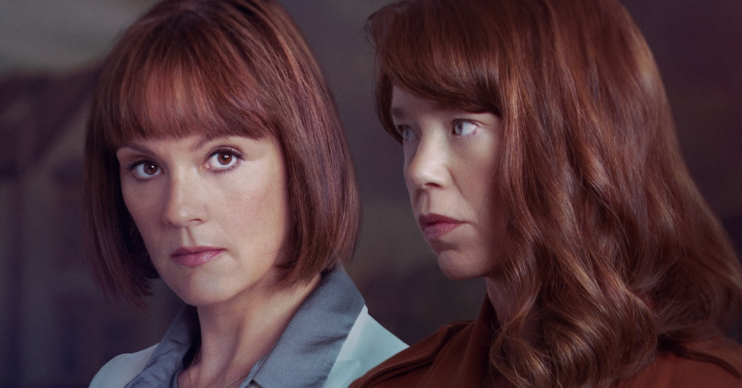 Yes, we have questions!

Hollington Drive on ITV started its run this week and viewers were intrigued by the domestic noir storyline.

With a missing boy in their posh neighbourhood, could Theresa and Helen’s kids be anything to do with the tragedy?

And with all that in play, we have some questions after that first episode!

Hollington Drive on ITV – our questions after episode one

What did the kids dump in the bin?

This was the moment that Theresa thought something was off with her son Ben and niece Eva.

When Theresa eventually caught up with them in a different park to where they were supposed to be, they were acting shifty.

So much so, that Theresa saw them throw something in the bin before she collared them.

With news at the end of the episode that Alex Boyd’s mobile had been found, was it the phone Ben and Eva dumped?

Or is Theresa jumping to conclusions?

Hollington drive on ITV: What is Eddie all about?

Fraser’s brother Eddie is staying at the house, but no one quite knows why.

Or where he’s come from.

One thing’s for certain, his presence is having a bit of an effect on Theresa and Fraser’s relationship.

But is there more to him than meets the eye?

When a teaching assistant reported to Helen that poor Alex Boyd was seen with small bruises on his body, she didn’t report her findings immediately.

This is a big no-no for teachers, and many were screaming on Twitter at her oversight.

So why did Helen not report her teaching assistant’s findings? Was it that she had something to hide… or was she protecting someone?

How long have Helen and the boy’s dad been sleeping with each other?

That someone could well have been Gareth Boyd, Alex’s dad.

Instead of reporting her findings, Helen paid Gareth a visit.

And to the surprise of everyone, they fell into an embrace. Nothing like a bit of rumpy-pumpy to take your mind off your missing son.

But how long have they been having an affair, and what bearing on Alex’s disappearance does it have?

What were the scratches on Alex’s desk?

Theresa and Fraser took round some leftover barbecue food to the Boyds to help comfort them.

Feeling a bit overwhelmed by it all, Theresa took a time out in the upstairs loo.

When she came out, she wandered into Alex’s bedroom and saw some scratch marks on his desk.

Is this evidence of abuse at home, or general unhappiness?

What hold does Helen have over Theresa?

Throughout episode one of Hollington Drive on ITV, Theresa seemed on edge and a very nervous sort of person.

She later confessed to Fraser that she was raped at a party a decade earlier and later found she was pregnant.

So Theresa had a lot on her plate, but Helen on the other hand seemed confident and socially adept.

Earlier on in the episode, Fraser told Theresa that he hates the way Helen treats her. She replied that no one cares for her like Helen does.

Is this ultimately a tale of sibling rivalry or, worse still, coercion?

Hollington Drive continues next Wednesday (October 6) at 9pm on ITV