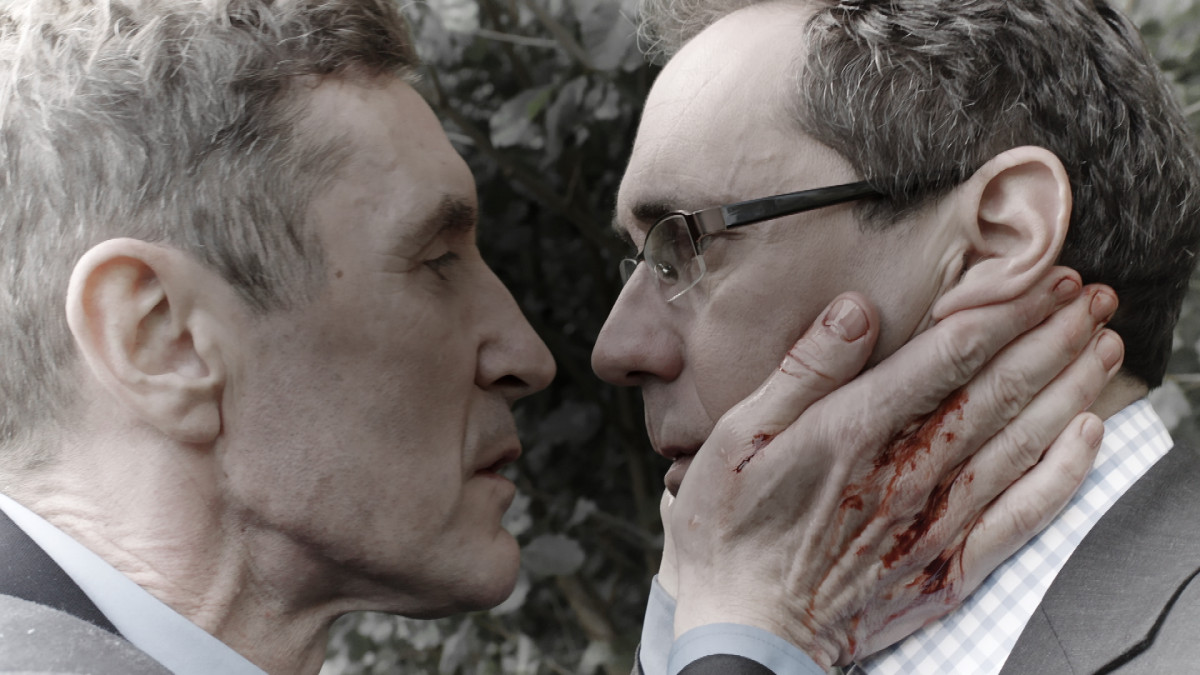 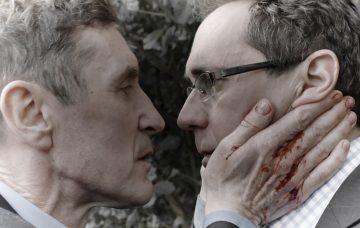 Will it be a fight to the death for the old friends?

If you thought Hansel and Gretel in the woods with a witch was a creepy story, you haven’t seen anything yet!

This time, the tale of horror comes from Hanssen and Gaskell, who are set to have an epic showdown next week – leaving both of the Holby City veterans in deadly danger.

Viewers know that deluded Professor Gaskell has been playing God on a risky stem cell trial.

The deranged doctor even killed his colleague Roxanna MacMillan when she discovered the truth about his dangerous research.

And it looks like he could kill again, as fan favourite Henrik Hanssen also uncovers his unethical actions.

Last night (Tuesday 6 November), after many weeks of suspicion about John Gaskell’s actions, the truth finally started to dawn on everybody…

After discovering Gaskell’s dodgy implants, Jac confronted him saying: “You cheated everyone. You are killing people. You’ve been experimenting with human lives. My life.”

Yep, that pretty much sums it up!

Loyal friend and consultant Henrik Hanssen understands Jac’s point of view at first, but is prepared to give Gaskell the benefit of the doubt.

But next week (Tuesday 13 November), the two old friends hurtle towards the truth – and a deeply unpleasant encounter.

In an interview with What’s On TV, actor Guy Henry explains: “Hanssen doesn’t want to think ill of Gaskell, a man he’s known, admired and loved for so many years. He’s blinded by his affection for Gaskell and refuses to believe he’s not to be trusted.”

However, Hanssen is forced to admit the truth when he is “contaminated by a poisonous substance Gaskell has cooked up for his patients”.

As Hanssen starts hallucinating, he finally realises Gaskell is dangerous and vows to confront him.

When the new CEO tracks him down to a nearby lake, the pair have a tense stand-off.

But who comes off worse?

Guy reveals: “Hanssen confronts Gaskell over his crimes and that’s when he realises his friend is truly evil.

“Viewers will know Gaskell pulled Hanssen out of a lake when they were students – but will Hanssen now save Gaskell?”

Guy and Gaskell star Paul McGann actually went to drama school together in the late 70s and have known each other for nearly 40 years!

He added: “I can confirm Paul’s nothing like Gaskell!”

Do you think Hanssen and Gaskell’s showdown could end in more death? Leave us a comment on our Facebook page @EntertainmentDailyFix and let us know what you think!