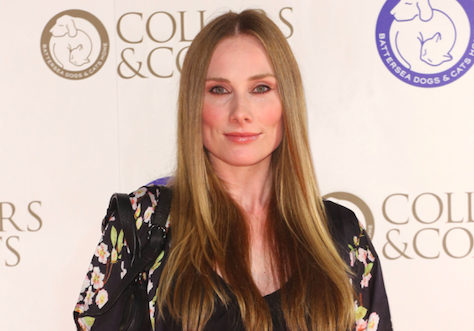 She looks happier than her character!

Rosie Marcel is filming some of the most difficult and upsetting scenes in Holby City at the moment, as her character Jac Naylor suffers a devastating mental health breakdown.

So it’s perhaps no surprise that the actress, 42, enjoyed a break from her heart-wrenching scenes in front of the camera to welcome a visitor from Casualty!

On Wednesday (December 4), Rosie shared a smiling selfie with her 45,500 Instagram followers.

A lovely surprise visit from the lovely Jason Durr. Love to work with this guy…

Alongside the snap, Rosie wrote: “A lovely surprise visit from the lovely Jason Durr. Love to work with this guy… Alex isn’t so bad either. @bbcholbycity @bbccasualtyofficial #actors #workingnotworking.”

A lovely surprise visit from the lovely Jason Durr. Love to work with this guy….Alex isn’t so bad either. @bbcholbycity @bbccasualtyofficial #actors #workingnotworking

Fans were quick to respond to the picture, with one replying: “Ultimate faves.”

Another agreed, saying: “All my fave people in one pic.”

Although Rosie didn’t explain the reason for Jason’s appearance on the set of Holby he does appear to be dressed in his character’s scrubs – do we sniff a show crossover?

He was clearly a very welcome reprieve from the emotionally exhausting scenes she’s been filming lately.

It’s been a huge few weeks as Jac has been suffering anxiety and depression in silence.

On Tuesday, it came to a head when she had to perform life-saving surgery on her pal Elliot, while at the same time worrying about her daughter’s arrival for Christmas.

She was seen straining under the effort of keeping it all together, and ended up running out of surgery and collapsing into Fletch’s arms.

The actress recently broke down in tears on This Morning while discussing Jac’s mental health battle.

Rosie, who has played the formidable surgeon for 14 years, told how her own personal struggle made playing the storyline all the more difficult.

Rosie told hosts Holly and Phillip: “It was a really difficult decision to play this storyline for me.

“I didn’t want to do it, I won’t lie about it, I was really angry about it. I thought I was exactly the wrong person to be doing this storyline.

“Then the wonderful Kate Oates and I had a conversation about it and between the two of us we found a way to do it.”

She continued: “It became a very important story to tell not just for people with mental health problems, but for me as a woman, I really struggled with it myself, having a child and going to work and not seeing that child. It really resonated with me. I found it very tough and I still find it very tough to watch.

“It was exhausting, it was absolutely exhausting. I made sure I had therapy every week and gave myself time away from it.”

What do you think about Rosie’s storyline? Leave us a comment on our Facebook page @EntertainmentDailyFix and let us know what you think!