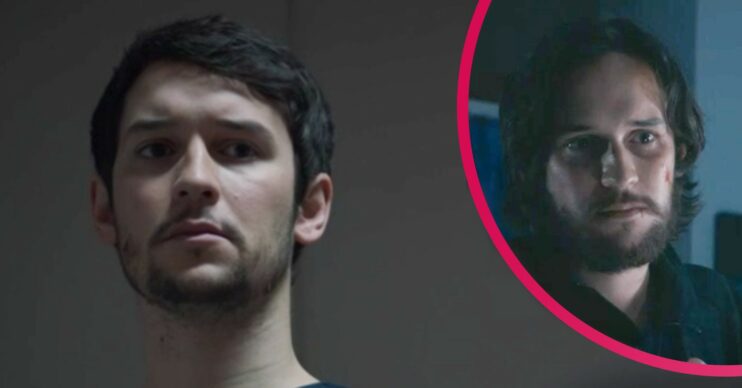 The hospital roof came down on Cameron

Holby City viewers are not convinced Cameron Dunn is dead after he seemingly died after the hospital roof caved in on him.

Last week, Cameron revealed he had planted a bomb in he hospital, planning to die rather than go back to prison.

The former doctor, who was arrested for his crimes earlier this year, was brought back to Holby for a stent trial.

However the bomb went off while Hanssen, Cameron, his mum Bernie, Ange, Chloe, Josh and Lucky, along with other hospital staff were inside.

In last night’s scenes (Tuesday, September 14) Bernie and Cameron were trapped in the hospital and Bernie was desperate to get her son to safety.

Despite the falling debris Bernie refused to leave her son. But she was adamant he needed to hand himself into the police.

It soon became clear Cameron had no intention of getting out and pleaded with his mum to say she was proud of him.

When Bernie faltered, Cameron still opted to save her. He pushed her out of the way before the roof collapsed on him.

Outside the hospital, Bernie told Chloe that Cameron had died.

Bernie later went to visit Cameron’s body and revealed to Hanssen she was going away to be with Serena.

However fans are not convinced Cameron is dead.

I don’t believe that Cameron is dead #HolbyCity

Read more: Silent Witness: Adam to stop Nikki and Jack finally getting together in series 24?

While Cameron’s dead body was shown, he has faked his death once before just a few weeks ago.

However last night’s episode did mark the end of actor Nic Jackman’s stint on the show.

He originally bowed out earlier this year, but returned for the big revenge plot.

What did you think of last night’s Holby City ep? Leave us a comment on our Facebook page @EntertainmentDailyFix and let us know what you think of this story.