Holby City viewers have been left heartbroken after the soap confirmed Bernie Wolfe has died.

In last week's episode of Holby (July 16 2019), Cameron was told that his mother Bernie, who was serving in the army, was missing in action after an explosion.

In last night's episode (July 23 2019), Cameron and Bernie's former partner Serena were hoping to hear some good news and that Bernie was alive, but they were met with the opposite.

Bernie's ex-girlfriend Alex Dawson arrived at the hospital and revealed Bernie had been killed in the blast. 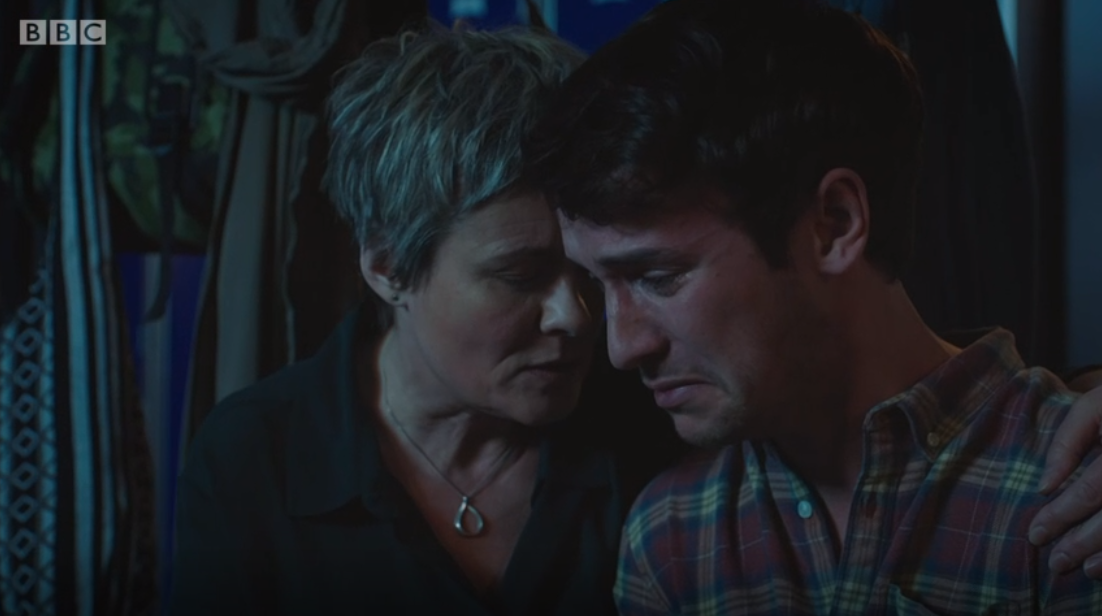 Serena and Cam were devastated by the news of Bernie's death (Credit: BBC iPlayer)

Serena struggled to come to terms with the death of her ex-girlfriend and viewers were heartbroken as Serena cried reading Bernie's journal.

Fans of Holby City may remember army medic Alex, played by Waterloo Road's Heather Peace, was introduced in 2016 when the show explored Bernie's past.

Holby City is on Tuesday's at 8pm on BBC One