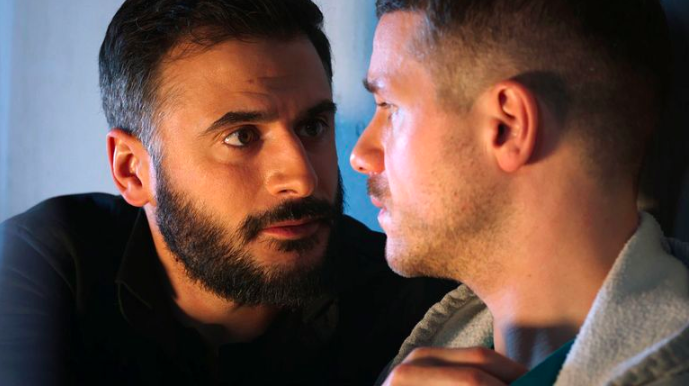 Viewers know that Isaac was brought back into the show earlier this year to explore what happens when an abuser comes back into someone’s life, and the repercussions of it.

Read more: Holby City’s Rosie Marcel breaks down in tears on This Morning as she relives personal struggle behind current storyline

The former registrar in general surgery worked on the Keller Ward of Holby City Hospital from June 2016, replacing CT2 Arthur Digby, until April 2017.

But he was fired after Dom reported his physical abuse to the police.

Perhaps in the future we will be able to explore a bit more of that again.

Isaac was later sent to prison for brutally attacking Dom in 2017, but Marc Elliott reprised his role as the evil character earlier in the year, for a brand new chapter in the story.

When asked if Isaac could come back again, David told Digital Spy: “We’ve left it wide open. He hasn’t been discussed a lot since, so I suppose it would be down to the writers.

“Marc was a joy when doing that very heavy story, and doing it with such conviction – he is such a talent.”

He added: “It was a very dark story to deal with, but doing it with someone who makes me laugh every five minutes was a dream. It kept everything light. I really hope that can be explored again at some point.”

Explaining the decision to bring back Isaac in the first place, David added: “We thought it was important to tell the original story of the abuse and how that came about, but also to show that, as much as you can heal from it, it doesn’t leave you entirely.

“There are certain things you have to revisit and certain issues that don’t go away so easily. That is what we wanted to get from the story when Isaac came back and threw a cat amongst the pigeons, especially now that Dom is happily married. We wanted to see where that went.”

He hinted that “perhaps in the future we will be able to explore a bit more of that again”.

In June, Isaac’s reign of terror left Lofty’s life hanging in the balance.

With Isaac’s father in the hospital, he’d returned to manipulate Dom and soon realised his marriage to Lofty was unstable thanks to Lofty’s recent betrayal…

When Lofty confronted Isaac about his behaviour, Isaac beat him up, leaving the fan fave with head and spleen injuries.

Isaac tried to run, but he was stopped by Sacha and the police.

So Isaac is once again in police custody… For now!

Do you want Isaac to return to Holby? Leave us a comment on our Facebook page @EntertainmentDailyFix and let us know what you think!