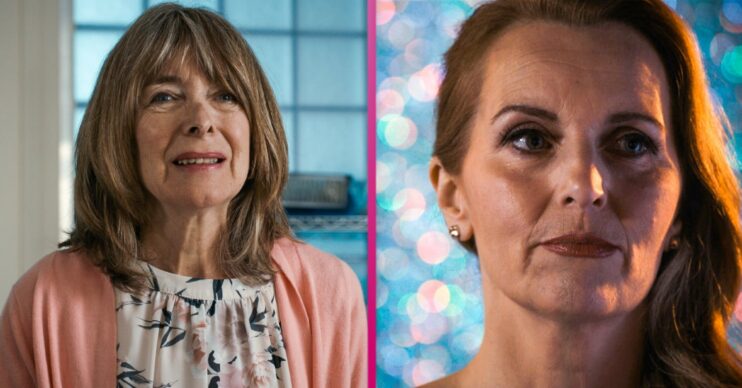 Holby City spoilers for tonight reveal Jeni encourages to go to a party with Rich.

Meanwhile Dom is hit with two bombshells, and Ange and Josh get some more unexpected news.

Viewers know that Jeni has a dark ulterior motive for befriending Fletch’s daughter Evie as she is overseeing a sex-trafficking ring with Rich.

After coercing Evie to help out at the fundraiser, Jeni encourages Evie to go to an after party with some of the girls.

With Fletch distracted, Evie gets into Rich’s car alone.

Ange and Josh get some unexpected news

Kylie and Louis are shocked to see a female stranger spent the night with Josh.

However as they try to figure out what’s going on, Kylie is mortified to realise Ange has overheard their conversation.

It turns out there’s a perfectly innocent explanation for Josh’s sleepover, but will Ange believe him?

Meanwhile Ange has made the decision she’d like to keep the baby and shares the news with Josh.

Josh makes a speech about his decision to stand by her.

After the fundraiser, he insists he can’t imagine his life without Ange and she is secretly delighted.

They head for their first scan, but Ange and Josh are hit with some more unexpected news.

It’s Dom’s big night at Carole wants to support him at Jeni’s fundraiser.

With Dom distracted at the fundraiser, Carole quickly becomes overwhelmed and is forced to tell Dom she has been diagnosed with vascular dementia.

As Dom reels from the news, Ange gets her wired crossed and tells Dom she is pregnant just as he’s about to go on stage for his speech.

However Dom manages to put his personal problems aside to deliver a heartfelt speech, which he dedicates to Carole.

Afterwards Carole’s health takes a turn for the worse and she collapses.

He promises Carole he’ll be there for her every step of the way, but is determined to find a solution to her prognosis.

Hanssen steps in to support Abs

Having discovered Abs’ secret, Max is still desperate for Hanssen to take action.

Later Hanssen approaches Abs and they have a heart-to heart. He encourages Abs to go to the police to exonerate Sahira, promising no one will doubt his story.