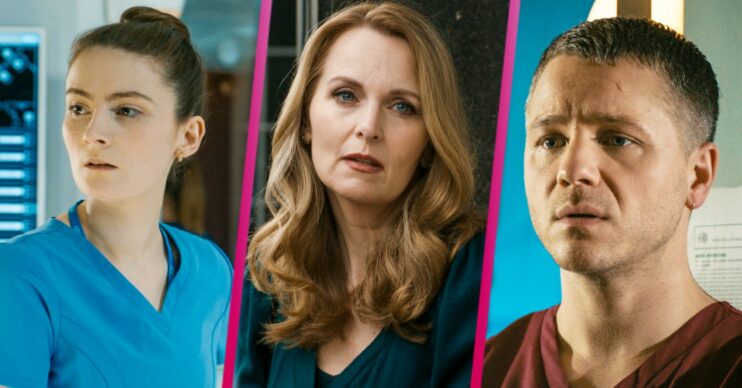 Holby has been moved

Meanwhile a new locum catches Dom’s eye, but is all as it seems?

Holby City spoilers tonight: Why is Holby on tonight?

Instead Holby will air tonight at 7.50pm on BBC One after EastEnders.

Lucky tries to overcome her personal crisis and what happened to Kian by throwing herself into her work.

However in her attempt to go above and beyond for her patients, she oversteps the mark.

Soon she faces the consequences, but is her job in jeopardy?

Meanwhile Jeni discovers that Lucky was micro dosing Kian before his death and wastes no time reporting Lucky to her seniors.

Max is forced to put her friendship with Lucky aside to hand out an impartial punishment.

Dom faces more dilemma’s tonight when a patient accuses him of leaving an unwanted item in his body during an operation.

Horrified, Dom has a point to prove, but new locum Rory soon ends up making an impression on Dom.

Rory’s appearance comes at a great time for Dom, who is feeling fragile after learning his ex-husband Lofty is getting married.

Dom decides to ask Rory out, but he’s mortified by his response.

Fletch is still struggling with Evie and soon Jeni steps in to help again.

After Evie tells Jeni about her distressing experience with one of the hospital porters, Evie let’s slip about Lucky micro dosing Kian.

Although Evie insists they should be grateful to Lucky for supporting Kian through his addiction. However Jeni decides to use the information to her advantage.

Soon Jeni begins to gaslight Evie into believing she is the only one who understands her, despite telling Fletch she’d help him rebuild his relationship with his daughter.

Kylie has a misunderstanding Louis

Read more: Doctor Who fans divided over news Olly Alexander ‘is on the verge’ of becoming next time Lord

Kylie is keen to introduce more order into her living arrangements with Josh, Louis and Jeong.

She soon does her best to interpret Josh’s cryptic warnings over a potential faux pas with Louis, it turns out he wasn’t offended at all.