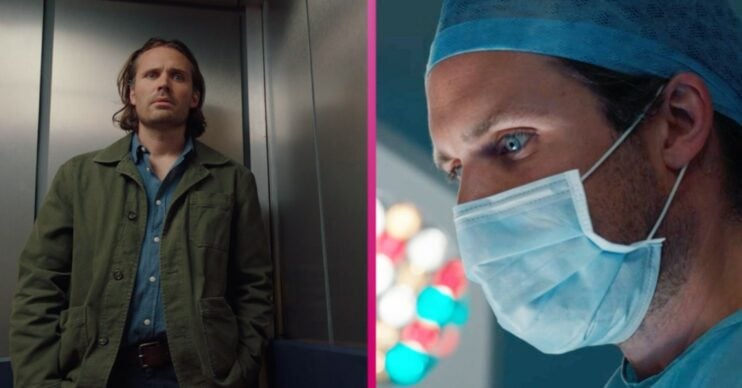 Holby City spoilers tonight: Oliver is floored as a face from the past appears – here’s where you know her from

Oliver Valentine’s shady past threatens to catch up him with tonight (Tuesday November 9), as Holby City spoilers reveal.

He can’t shake off thoughts about the mistake he made in theatre last week.

But will Ollie finally admit what is going on? Or will a new recruit distract him from his error and his preoccupation?

Holby City spoilers: What is wrong with Oliver Valentine?

“Next time someone could get hurt, again,” the voice in his head goes on, unrelentingly.

Read more: Holby City spoilers: Why is Oliver Valentine back and why did he leave?

But while he is more than aware of his own failings, Ollie remains determined to get his career back on track.

Will he be able to overcome his own self-doubt? Or are the issues he’s encountered too powerful to subdue?

When Henrik Hanssen enquires how Ollie is faring following his “little incident in theatre”, it is suggested matters might be helped with more people to help out.

Henrik replies that he has a solution.

“Fret not, because I’ve arranged for a locum from your old stomping ground, St Earl’s,” the Holby veteran informs Ollie.

I’ve arranged for a locum from your old stomping ground.

That new locum Maisie Scarborough (played by Katherine Jack, who has starred in The Salisbury Poisonings and Coronation Street) then appears – and going by both her and Ollie’s startled reactions, it is clear they know one another already.

It turns out Maisie and Ollie were previously in a relationship that ended badly.

Later, disturbing information about him emerges when Maisie confronts him about their night together and reveals he hit her in his sleep.

What’s really going on with Ollie? And will this force him to get the help he needs?

What do Holby City fans make of the storyline?

Anticipating events in tonight’s episodes, some fans are already intrigued about what’s happened previously between Ollie and Maisie.

Responding to a video tweet preview, one social media user wondered: “Ooooh what’s gone on between them then?”

And another Twitter user suggested the plot was evidence yet again that the series should not end.

“The BBC should never axe Holby City, there’s too much going on the soap for it to be axed,” they wrote.

Amelia is given devastating news after suffering worrying symptoms. But when will she tell husband Eli, who has a crucial operation on his hands?

Kylie reveals to Max about her and Louis’ money concerns, for which Max has a solution. However, it might come back on them all.

Read more: Holby City fave Rosie Marcel for I’m A Celebrity… Get Me Out Of Here!?

Josh’s bulimia treatment does not work out as anticipated, leading him to neglect a vital aspect of his work.

And will anyone notice that newly-qualified Jeong could really do with a friend?

Holby City is on BBC One tonight, Tuesday November 9, from 7.50pm.