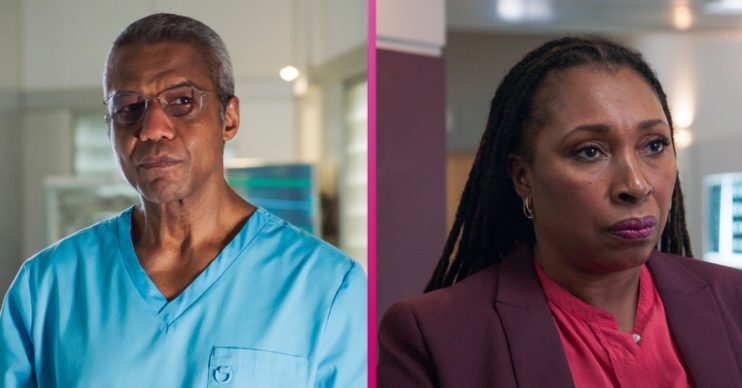 Holby City character Ric is left with his life hanging in the balance in tonight’s episode (Tuesday, August 4).

Recently viewers learnt Ric has a problem resulting from his earlier brain tumour. After a knock to the head, it was revealed he has a cyst on his brain and requires surgery.

In tonight’s visit to Holby, Ric experiences problems with his vision in the hospital car park.

He needs urgent surgery, however he keeps trying to put it off and carry on as normal.

Meanwhile Ric’s colleague Guy Self, who he isn’t exactly the best of friends with, returns to Holby for his disciplinary hearing.

A few weeks ago, Guy had an angry outburst smashing a mirror in the bathroom, which led to him being suspended.

However, Guy’s adamant that the incident wouldn’t have occurred if Ric hadn’t repeatedly tried to undermine him that day. And when Ric shows up at the hearing, Guy is annoyed.

Ric claims he was worried that Guy, who is a recovering alcoholic, was going to do an operation whilst drunk.

Later it becomes clear just how unwell Ric is and when his colleagues discover just how bad things have become, his case is made a priority.

Ric’s life hangs in the balance in a very dramatic and unexpected way. Will he survive?

Meanwhile, Essie has been frantically trying to contact Frankie to talk about arrangements for Isla once she is gone. But Frankie isn’t answering her phone.

What Essie doesn’t know is Sacha asked Frankie to stay away, thinking looking after Isla will give Essie a reason to keep fighting.

But now Essie is ill and terrified Isla will end up in care. And Sacha also appears to be avoiding her.

Will Essie find out the truth? Will Frankie come back for her daughter?