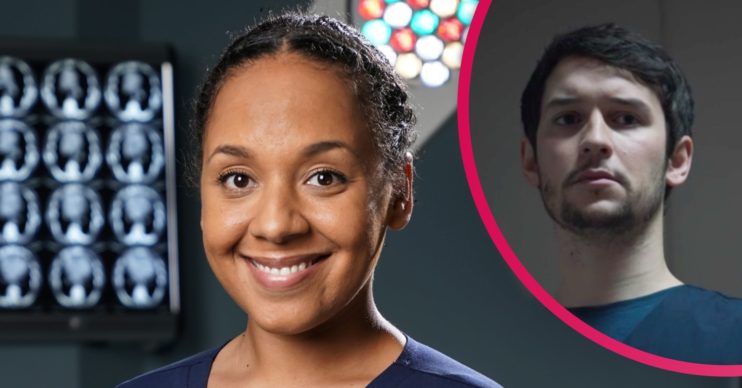 Nicky is pregnant with Cameron's baby

Last week Cameron, who is the father of Nicky’s baby, was arrested after the truth came out about his crimes came to light.

In tonight’s scenes (Tuesday, March 30) Nicky is forced to face the fact she is carrying a killer’s baby.

Distraught and scared about her future, Nicky makes the decision to terminate her pregnancy.

Nicky heads back to work, but soon Vicky, the woman who stabbed Louis, is brought into the hospital.

When Nicky realises she was responsible for hurting her friend, she acts unprofessionally, refusing to treat her till she apologises to her colleague.

Seeing this, Chloe is concerned.

But when Louis later approaches her with a thoughtful present, Nicky snaps.  She explains to him that she’s booked to have an abortion.

After a challenging day, Nicky begins to revaluate her future. With the support of Louis and Chloe, Nicky makes a life-changing decision.

But what is it?

Earlier this month, Belinda Owusu, who plays Nicky, announced that she is 40 weeks pregnant.

The actress, who also played Libby Fox in EastEnders, shared the news to her Instagram account showing her baby bump.

She captioned the post: “Ready when you are kid #40weeks.”

Ready when you are kid #40weeks.

Dawn Steele, who plays Ange Godard commented: “Hurry up – you look amazing B.”

Holby City airs tonight on BBC One at 8.20pm.

Did you watch last week’s Holby and will you be watching tonight?